United Nations climate change conferences are among the largest international meetings in the world, and the negotiations between governments are complex and involve officials from every country in the world as well as representatives from civil society and the global news media.

Activity at a COP takes place in two different zones, one where delegates from countries meet for both formal negotiations and informal consultations, and the other for the general public, where there will be a wide range of events, including workshops, art exhibitions and installations, as well as presentations, demonstrations of technology and musical performances for everyone to attend.

Due to the sheer amount of people visiting Glasgow, it was necessary to make the public aware of potential disruptions, and advise them to use the most smooth running, affordable and sustainable public transport options to reach the COP venues, and general travel around Glasgow. 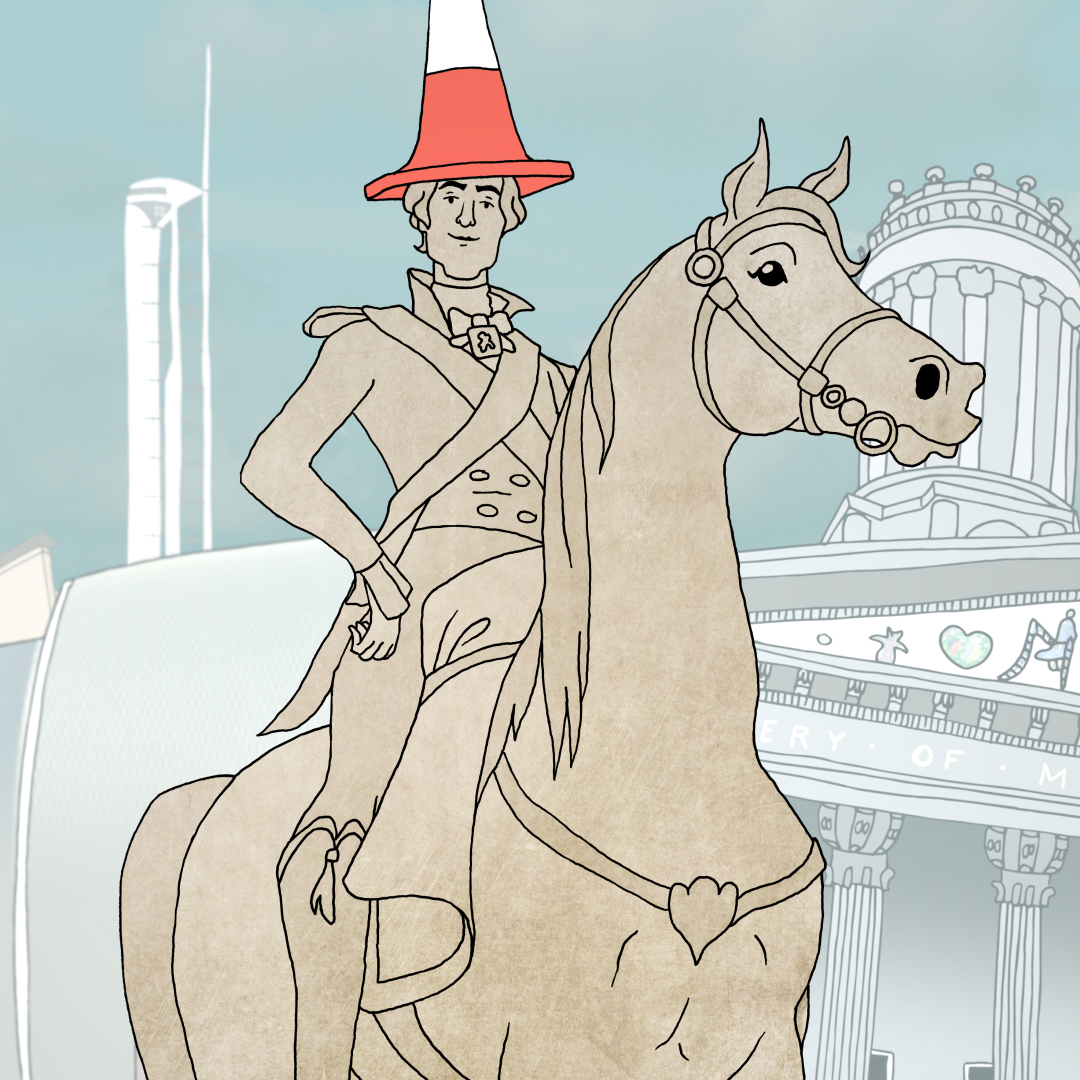 The brief was to create an illustrated animation of Glasgow’s Duke of Wellington statue as our ‘Head of Travel’. 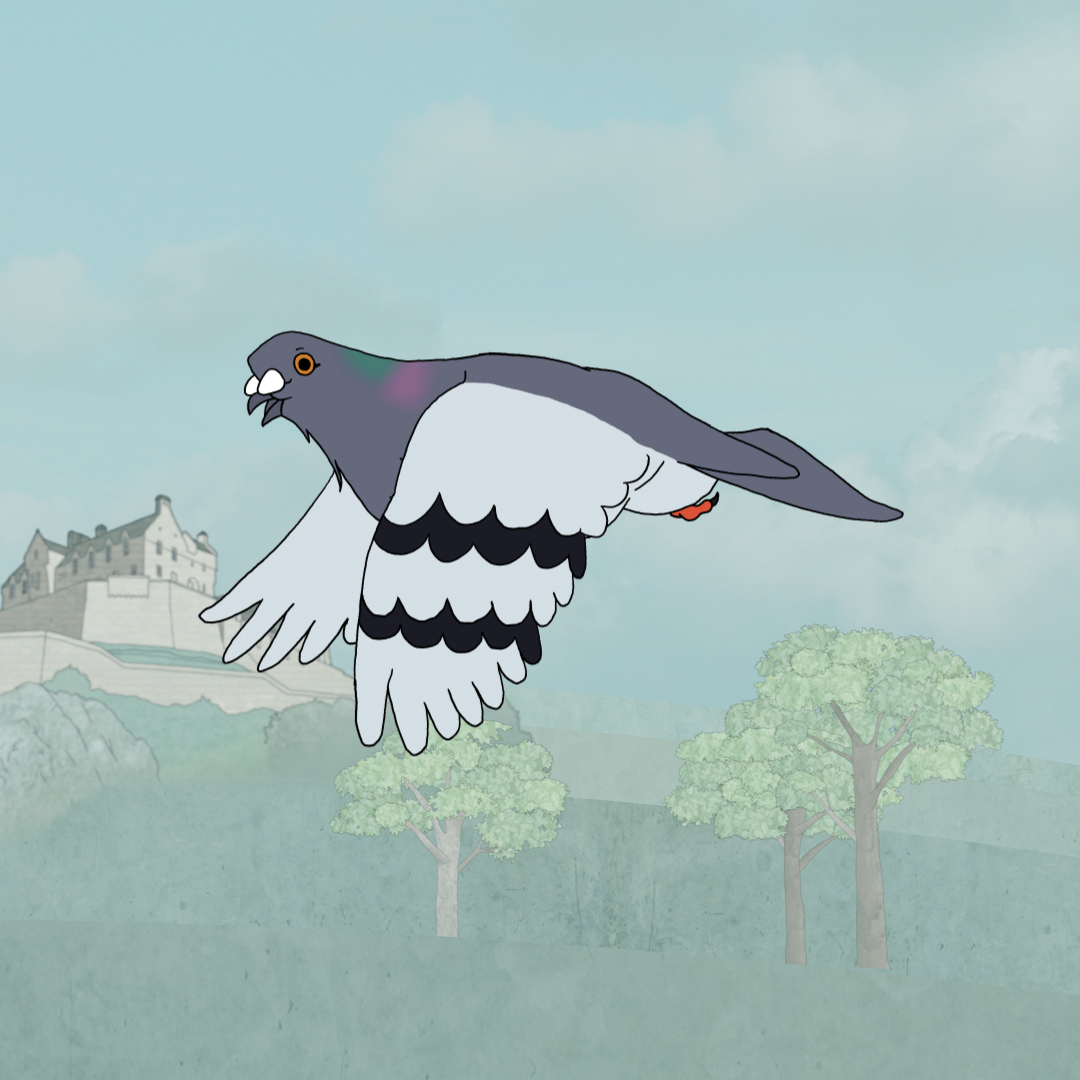 It would become a 30 second television commercial to inform the public about increased congestion in Glasgow for COP26 throughout early November.

We had a nippy deadline of just two weeks. 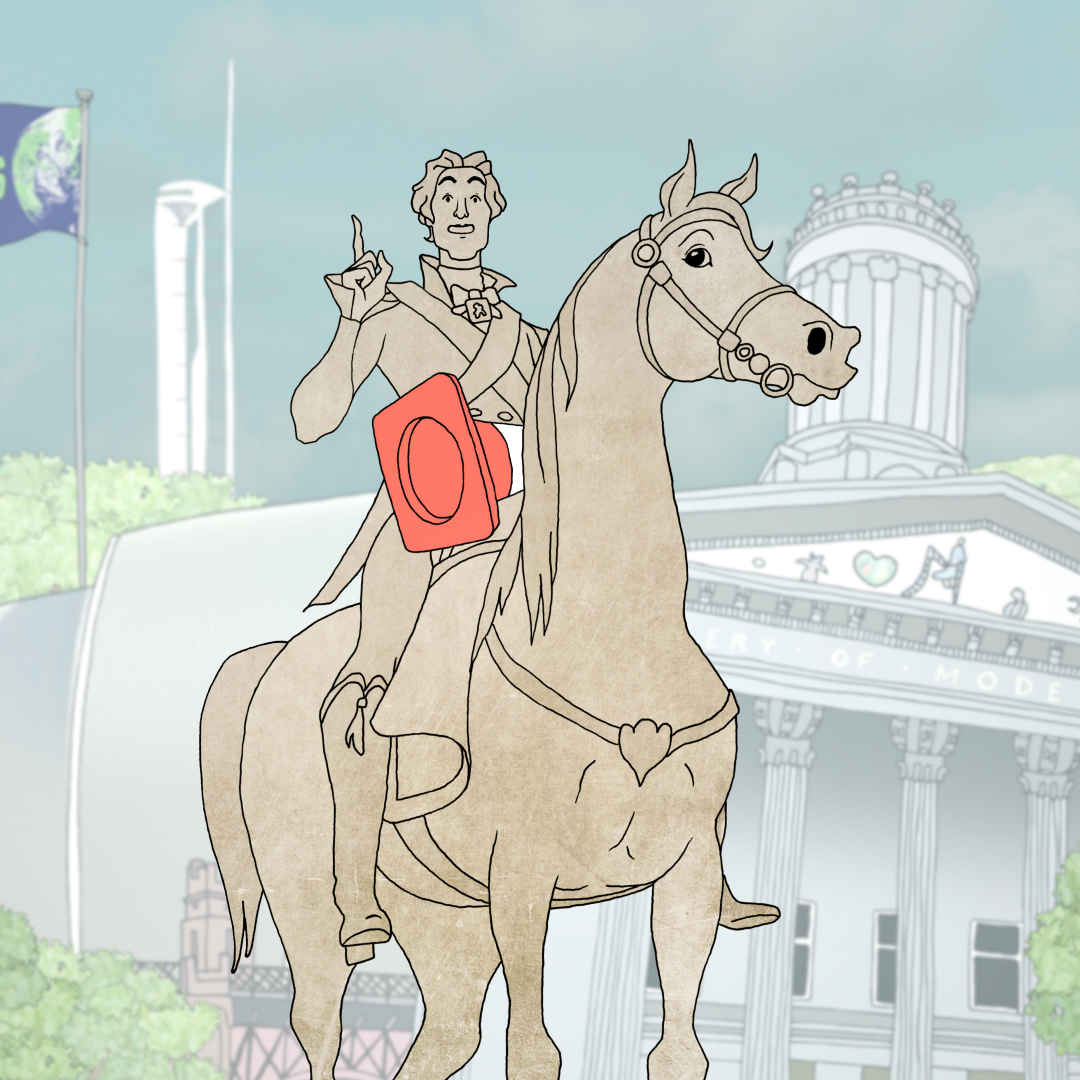 The first step for visual ideas was cracking the main character, in this case the infamous Duke of Wellington statue with a cone on his head. We started off with some stylised character sketches, however we soon moved on to some more realistic sketches, to make sure that the message was taken more seriously. We finally progressed the character to find a bit of a middle ground; a character that was charming - a bit silly, a bit serious. It was important to make sure that the Duke’s style, movements and gestures were confident and encouraging, and not too dictatorial or too stern. We wanted to get across that this message is something that we all need to do and get behind. 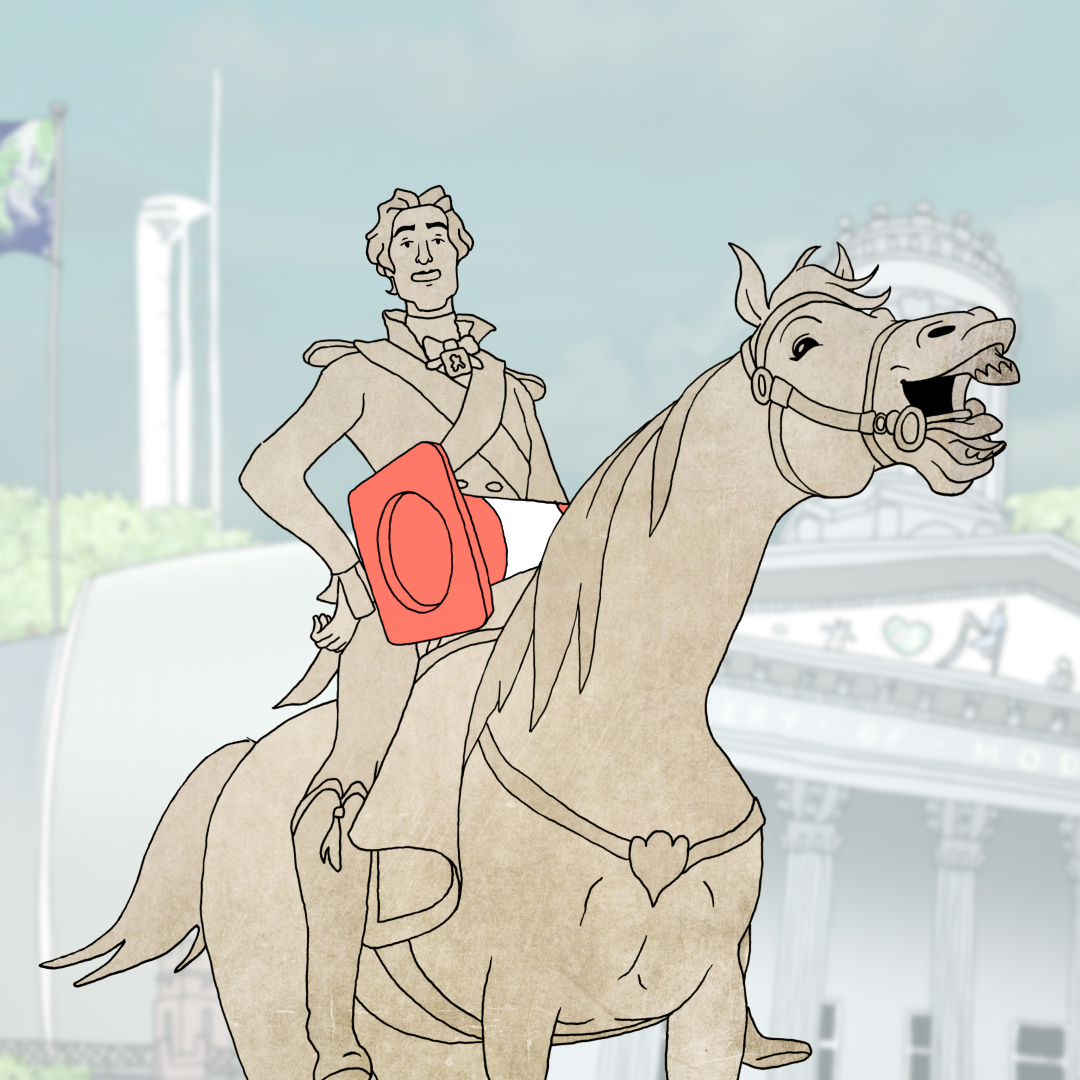 With all that in mind, we wanted visuals that were appealing, and eye catching. For both the Duke and the backdrop of notorious Glaswegian landmarks, we used soft colours with textures that are pleasing to the eye. This style is different to the typical live action or block colour animated advertisements, so we hoped that it would stand out.