"Where Does Compassion Really Come From?" is one of five in a series of animations we created for Happify, a company that creates science-based activities and games that help people to lead a more fulfilling life. 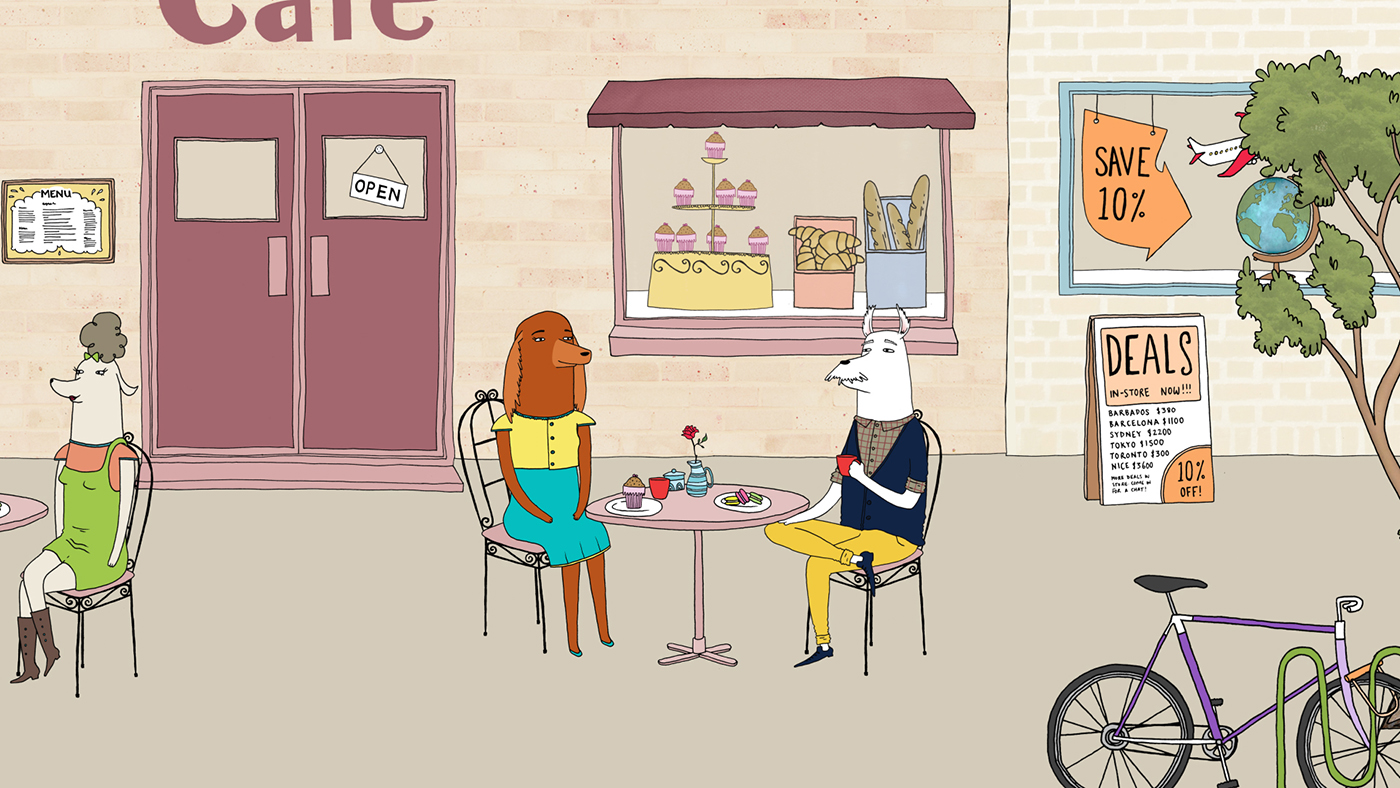 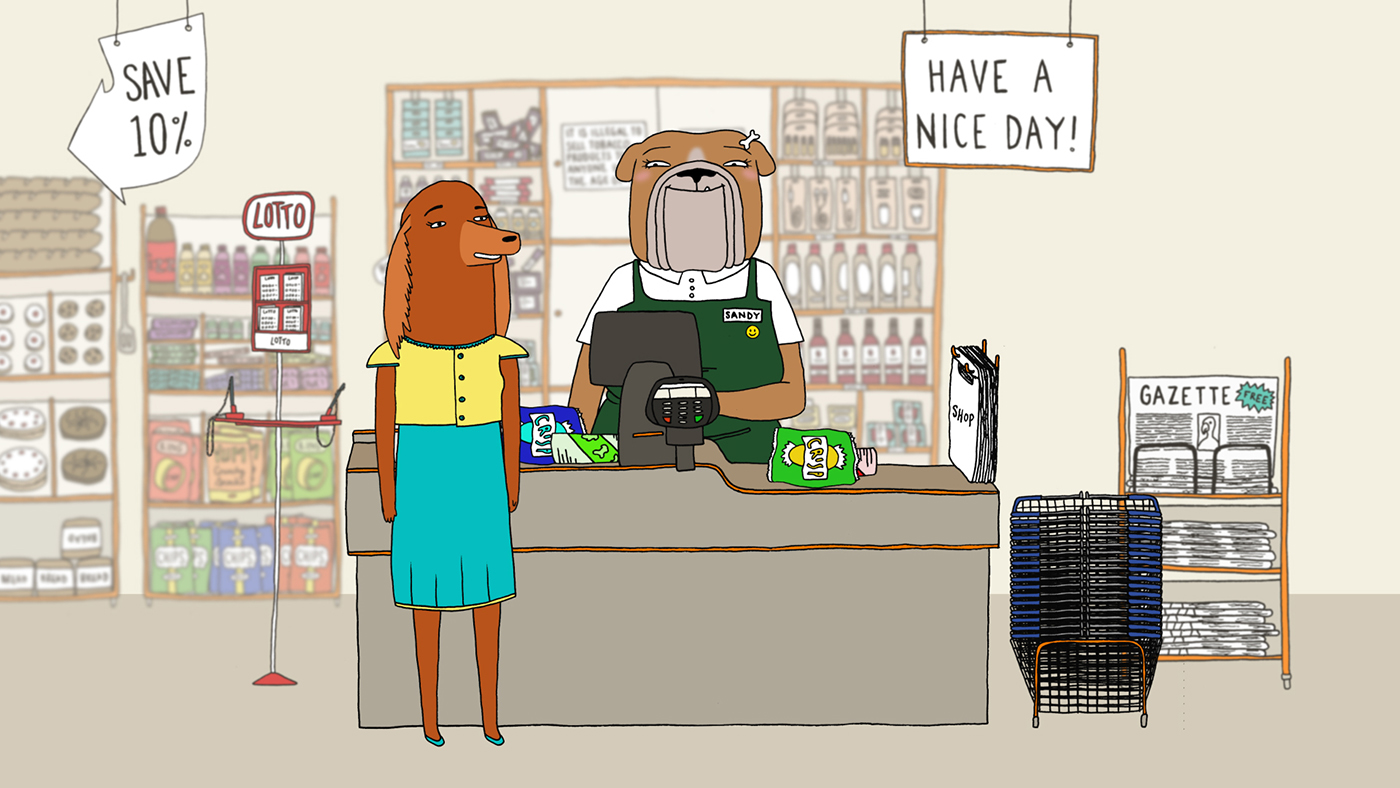 The audio snippet for this animation is called "Where Does Compassion Really Come From?", voiced by Sharon Salzberg. It explains that compassion is a trait that can be learned. Sometimes, all it takes is truly paying attention to the people around us. 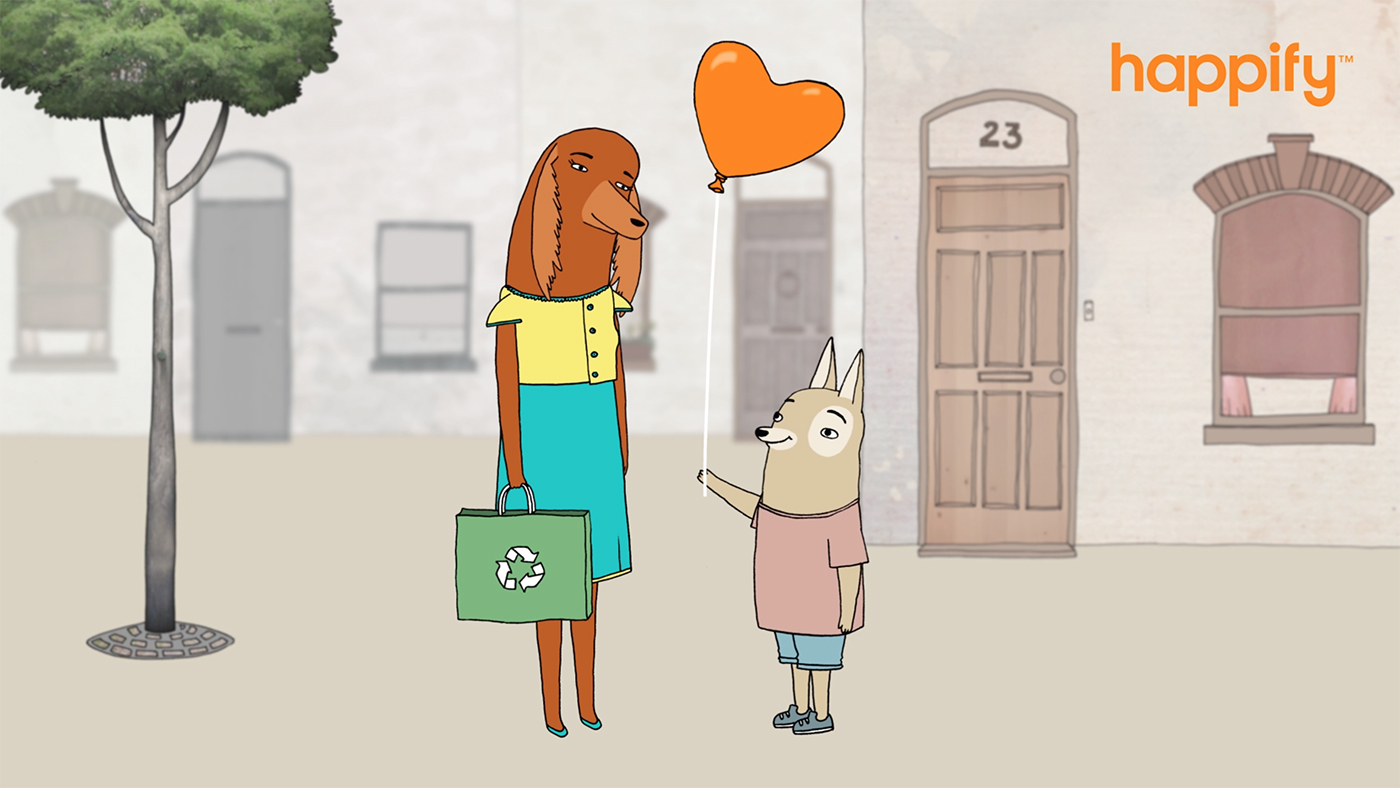 To match the other animations in this Happify series, we wanted to create some more anthropomorphised animal characters. When starting to sketch, we quickly fell in love with this red setter dog to be used as the main character. She seemed interesting and inquisitive. 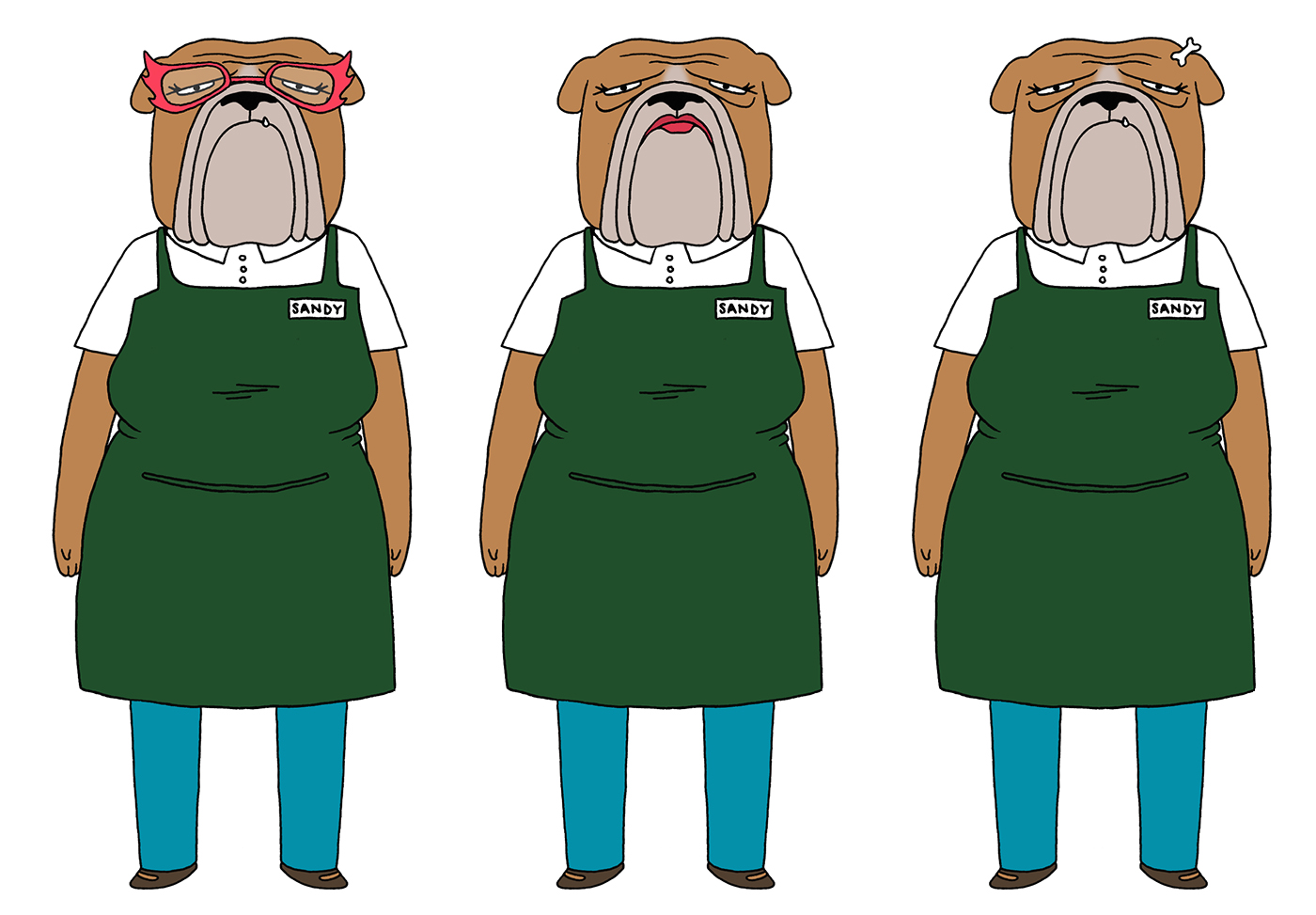 The shop assistant, who we are introduced to as being seemingly 'grim' came to life as a bulldog, with a naturally down-turned mouth. Turns out she wasn't grim or grumpy at all and was a very friendly and approachable creature!