Maurizio Cattelan: Be Right Back

Superdoodle were contacted about a rather interesting, and rather secret project - to create some illustrative animation for a documentary about conceptual-art superstar Maurizio Cattelan.

Please click here to view four of the animation clips!

One of the most provocative and elusive figures in contemporary art, Cattelan catapulted to worldwide notoriety in 1999 by 'The Ninth Hour', a sculpture of Pope John Paul II toppled by a meteorite. His work has bordered on criminal activity (breaking into a gallery and stealing another artist's work) and regularly defies good taste - ‘Him’ features Hitler in prayer and sold for a whopping £12,000,000. Most agree that while many of Cattelan's sculptures produce the kind of immediate response one might have to a comedian's one-liner, the best have more potent stuff lurking within them, digestible once the laughs have died down. You are left perplexed, searching — unsure.

For someone who devoted much of his energy to clever ways of avoiding making art or speaking to questioners, Cattelan worked extremely hard on his career. In the documentary, associates describe a manipulator who always knew how a new acquaintance might benefit him. His Milan dealer Massimo De Carlo makes a fine distinction: “He's dedicated his life to success in art, perhaps, more than to the art itself.”

New York based director Maura Axelrod leaves no stone unturned in trying to answer the question: who is Maurizio Cattelan? 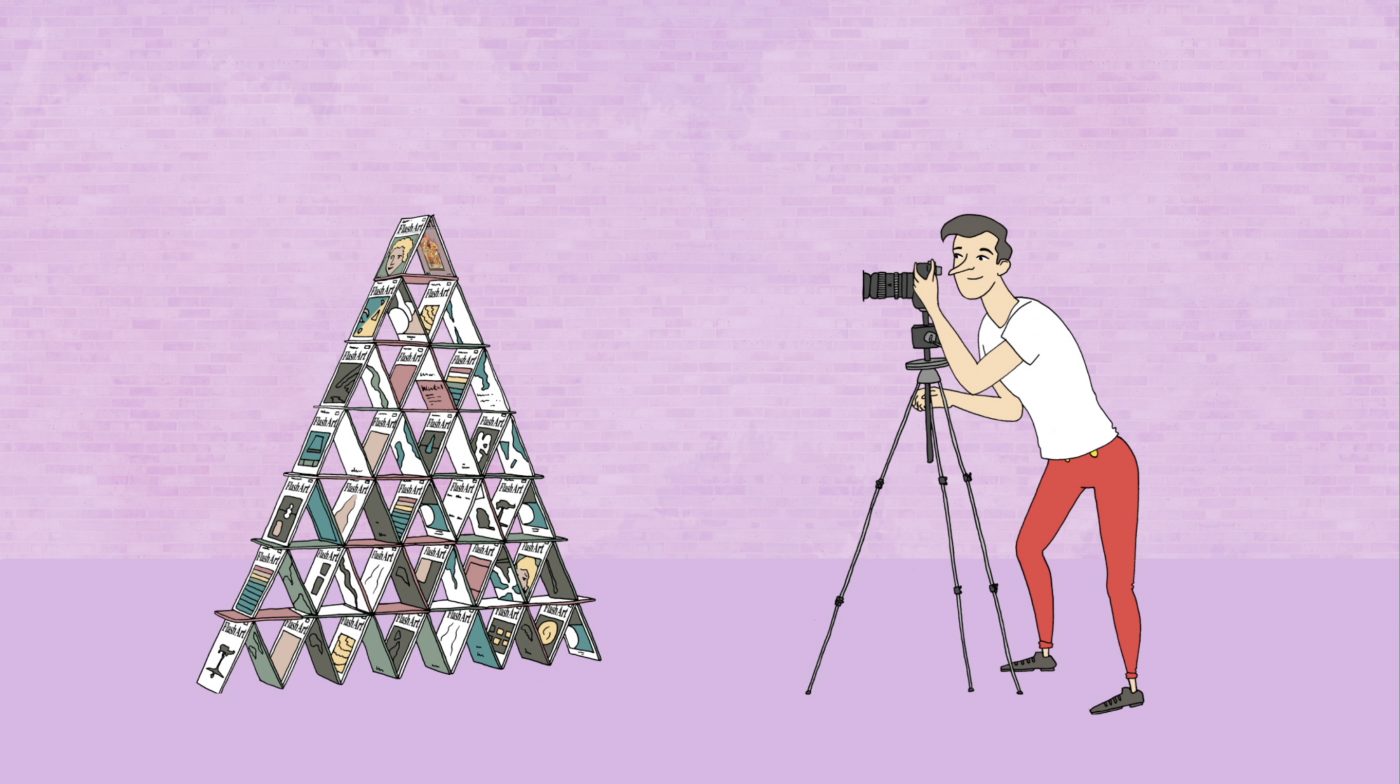 When filming for the documentary, director Maura Axelrod discovered stories and works by Cattelan that had not been documented/filmed, and she decided that animation was the best way to bring them to life. Maura asked Superdoodle to create numerous snippets of animation to be spliced into the film.

When designing the character, we began by creating some relatively detailed sketches of Maurizio. Maura loved these illustrations, but asked us to create a more simple character - fewer details, and to make the character quite vague, so he could almost look like his long-time collaborator Massimiliano. Maura also asked us to emphasise Maurizio’s nose to be almost Pinocchio-like. Alongside the Pinocchio theme, we discussed the character having red trousers with hints of yellow buttons. We went about sketching out a few characters, and Maura was really pleased with what we came up with. 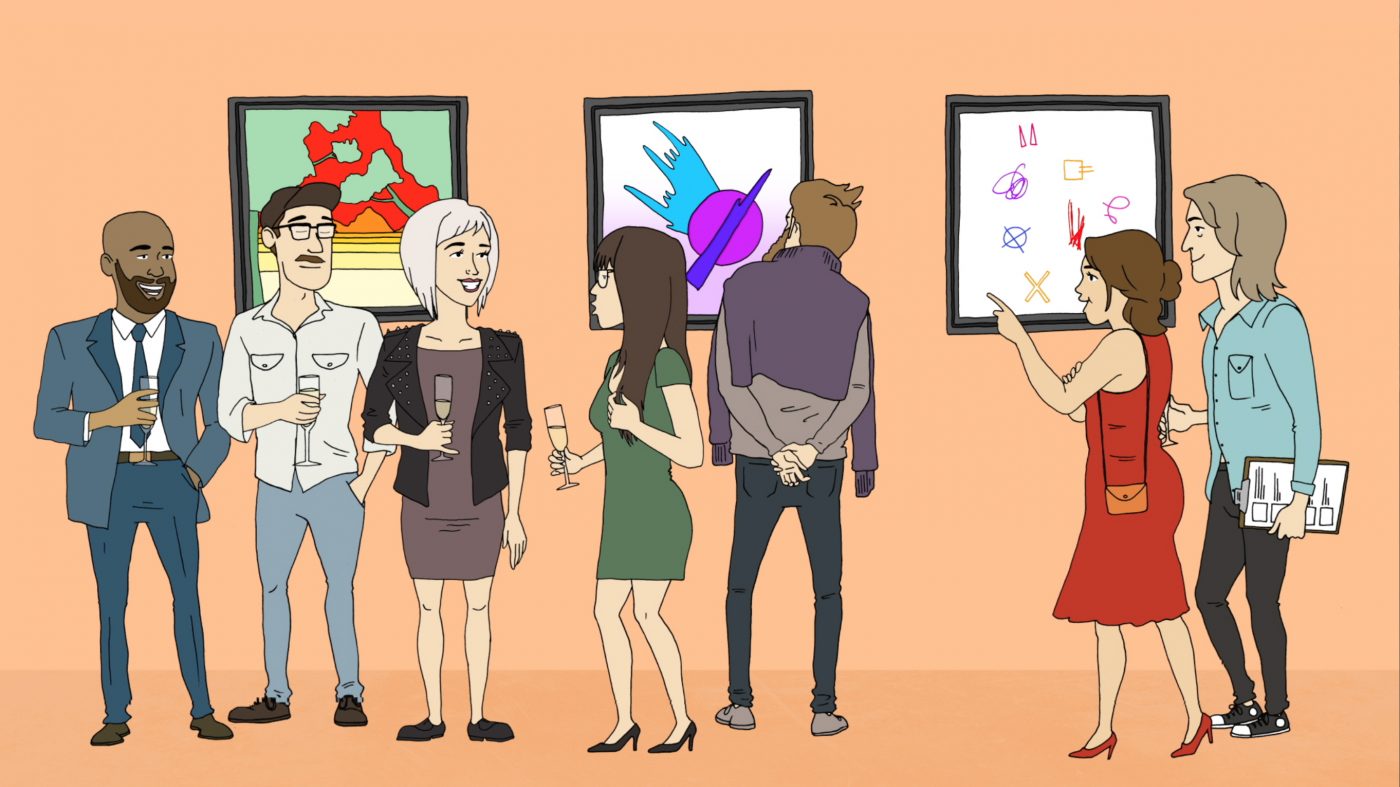 Maurizio is famous for living in empty rooms, and that is spoken about in the documentary - how he gives away all his possessions and just has a mattress. He also has never had a studio. Because of this, we decided to go super-minimal on the background. We chose bright, bold colours for each different segment of animation to really split it up and stand out amongst the live action. 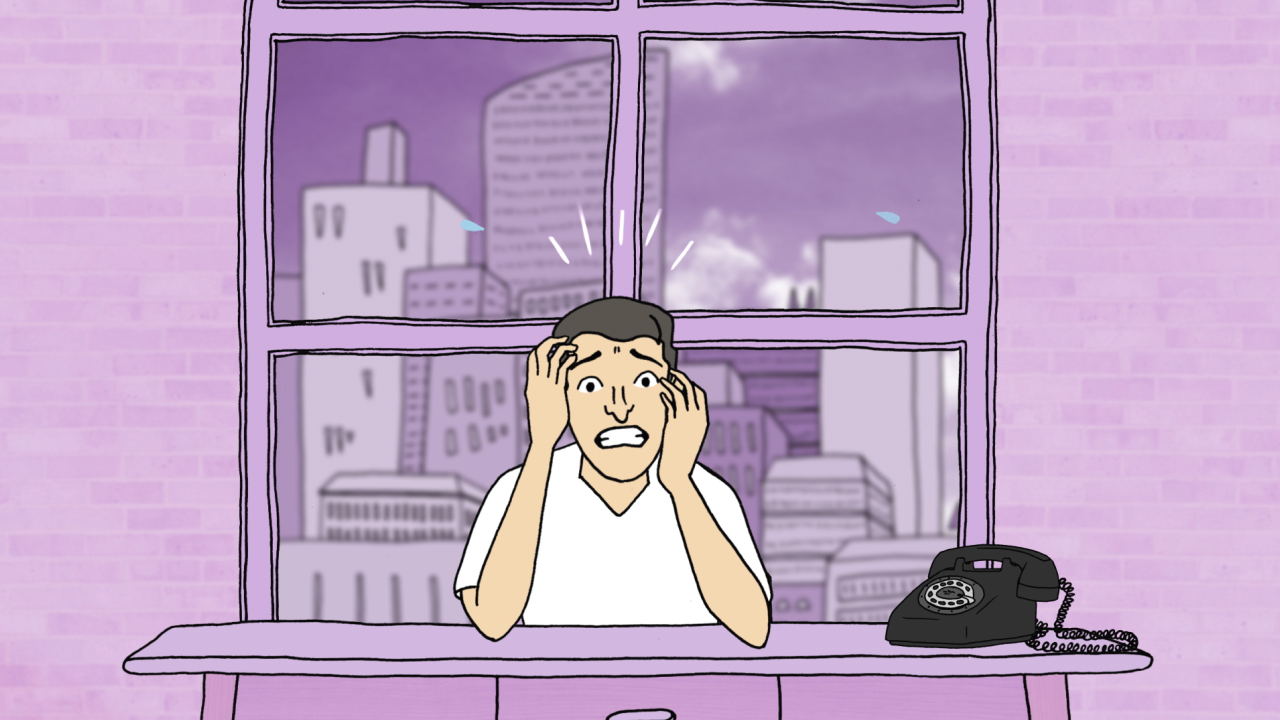 The documentary made its world premiere at the 15th Annual Tribeca Film Festival with a special event screening at the Guggenheim Museum in New York. It has been screened on the BBC under the name "The Art World's Prankster: Maurizio Cattelan”, and will be hitting the big screens in Spring 2017.

Please click here to view four of the animation clips!