Animated inserts for a CBBC documentary about homeless children and their views on homelessness.

The video above is a compilation of animated snippets from Shane's story. There are four children's stories altogether, and if you'd like to see more, you can watch them all over on Superdoodle's Vimeo Channel. 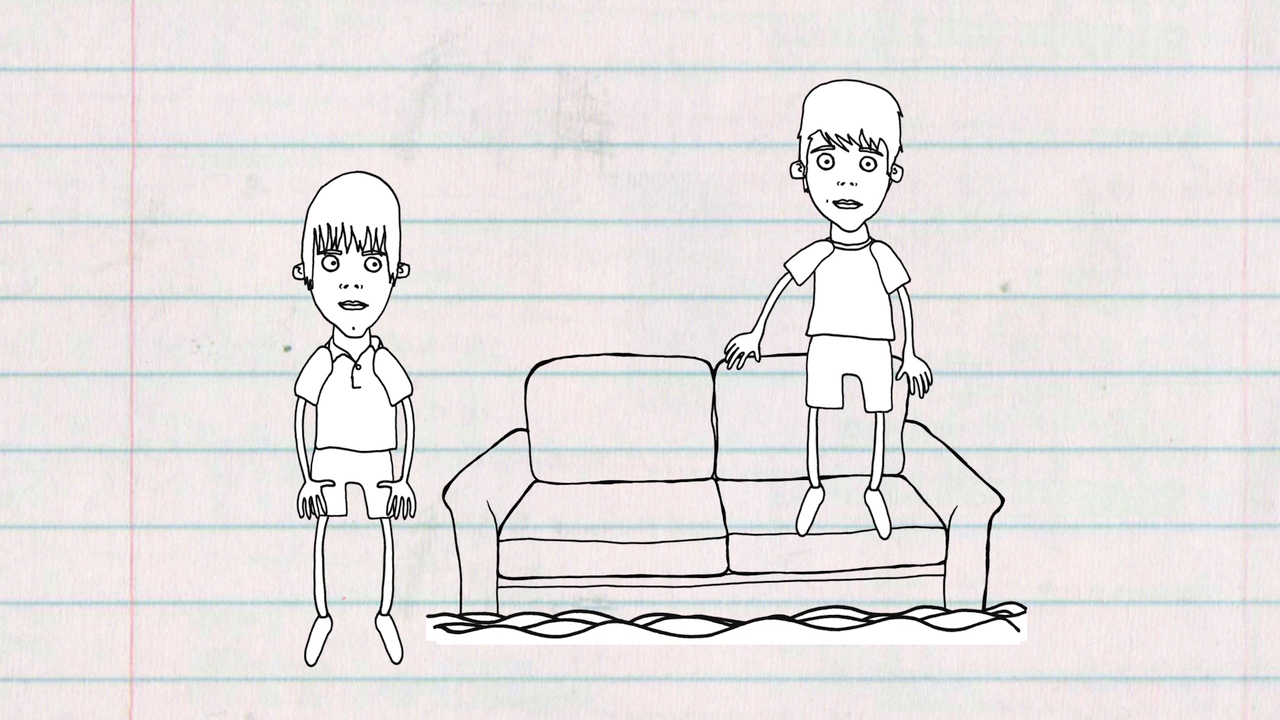 Film and television production company Walsh Bros had made a documentary about homeless children and their views on homelessness. There were a few sections in the documentary that required animated inserts and that’s where we came in! We were sent some audio snippets and were asked to create some quick, extremely simple visuals. 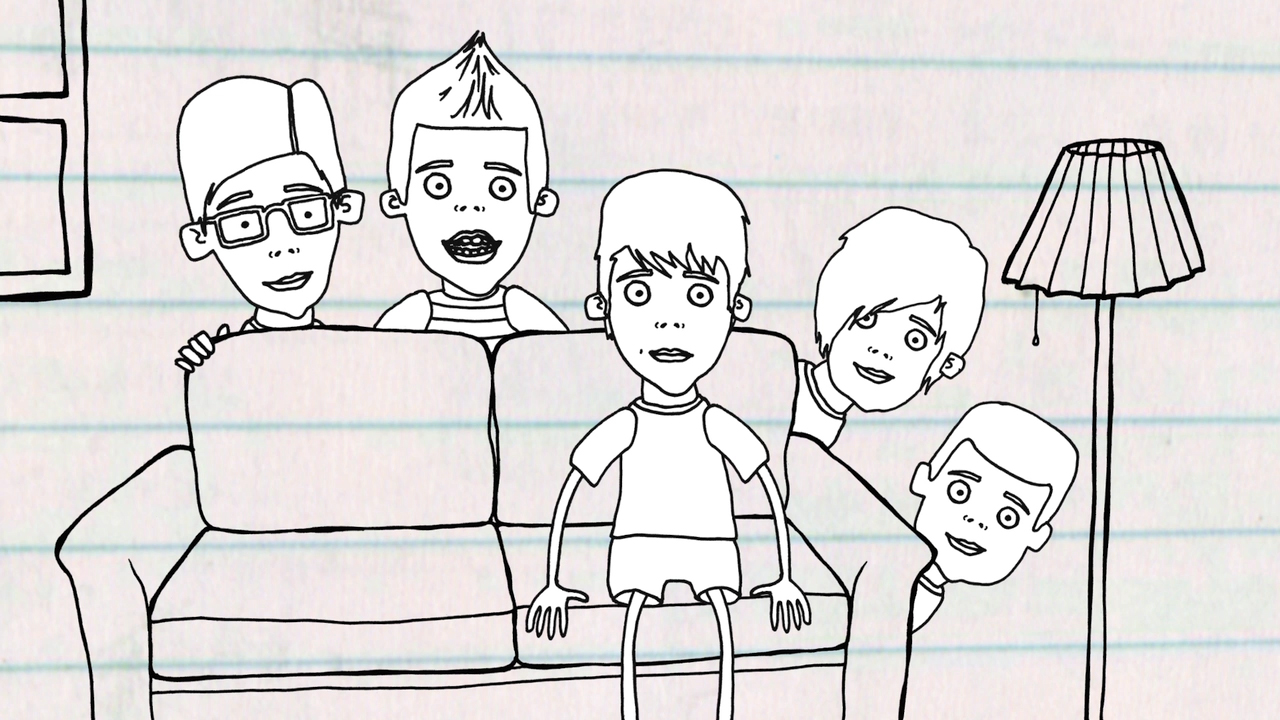 We liked the idea of drawing on paper for this project, which we did both physically to create these animations, and visually in style.

We used a scan of some lined paper for all of the backgrounds, and then drew simple black and white illustrations. 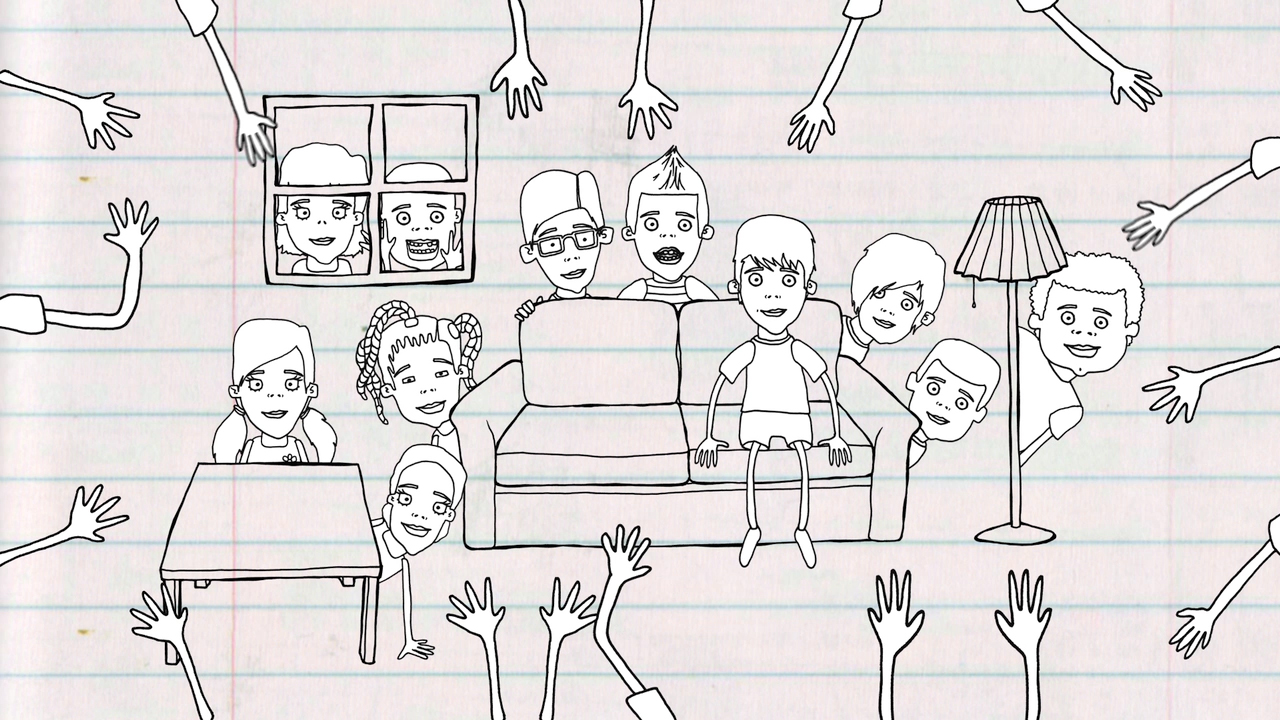 We illustrated the children to match their likenesses as per the live-action documentary footage. We kept the style extremely simple, with round eyes, basic body shapes and quick lines. Due to budget restraints, we needed the designs to be fast to create, but fun and engaging to look at.

The Walsh Bros were really pleased with all of the work we put in and said that the animations fit in perfectly with the documentary. They said we’d managed to make the animated inserts fun and engaging while staying sensitive to the subject matter, when necessary.

There was also lots of positive feedback when the documentary was screened on the BBC, and ‘Sofa Surfers’ went on to become the first ever children’s programme to receive the Social Award category nomination at the Rose D’Or Awards.