In Texas in the US, top Tarrant County veterinary hospital Hulen Hills has recently announced that they have expanded in size and care offerings – rebranding as The PARC.

The PARC offers wellness checkups, vaccinations, surgery, 24-hour emergency care, boarding and very importantly has been specially designed to enhance the powerful relationship between people and their pets. They host social and educational events, such as “Yappy Hour”, “Doga” (dog yoga) classes and pet parent classes. The PARC Grand Resort also offers luxury pet boarding for dogs and cats, and even salon and spa services.

With their new building, branding and website, Steve Hotchkiss (founder of The PARC) contacted Superdoodle to discuss making a promotional animation to help explain what The PARC is all about; People, Animals, Revolutionary Care. 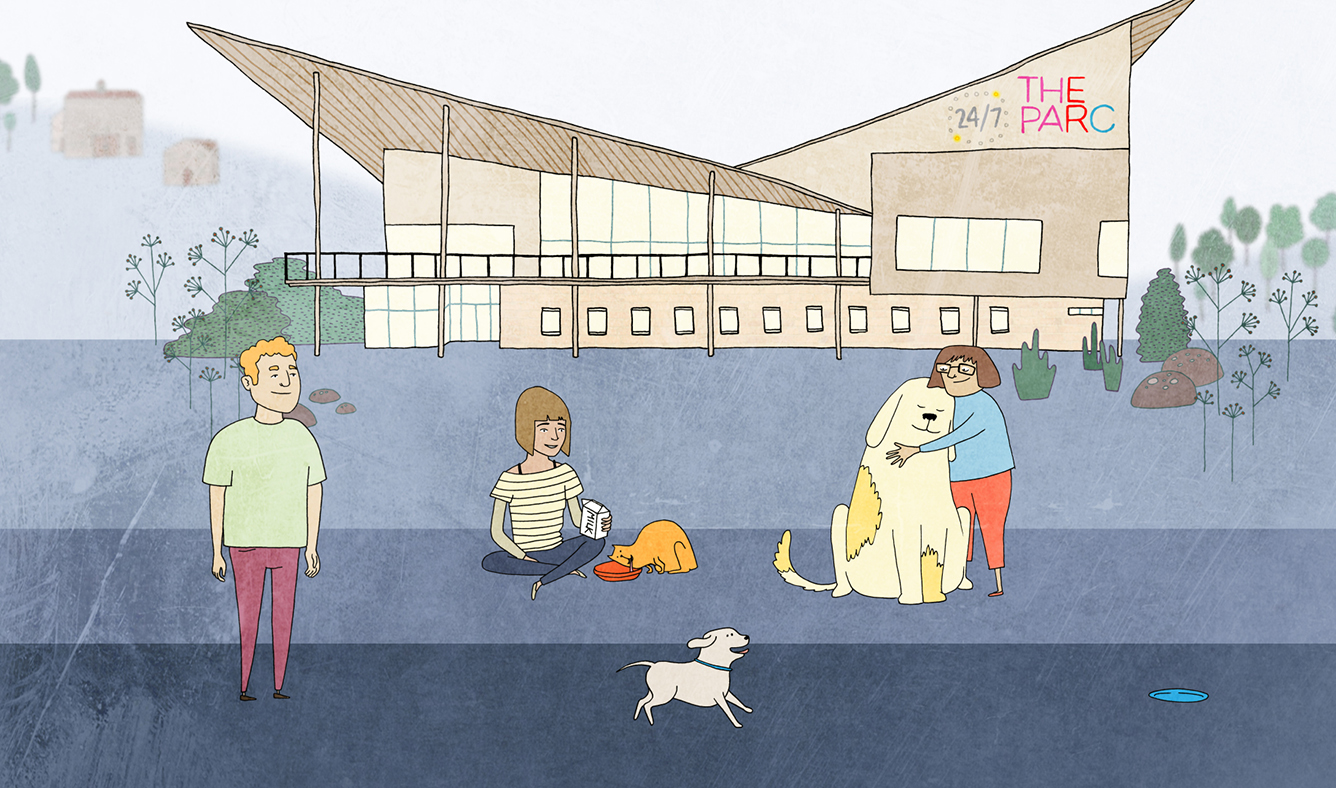 Steve from The PARC understands the great impact that a pet can have on a person and his or her life. He explained to us that The PARC is special because not only do they care for animals, they also focus on that animal’s ‘person’. 24 hours a day, they are there for both owner and pet with the utmost care and attention, so they can both feel better, play more and love longer. 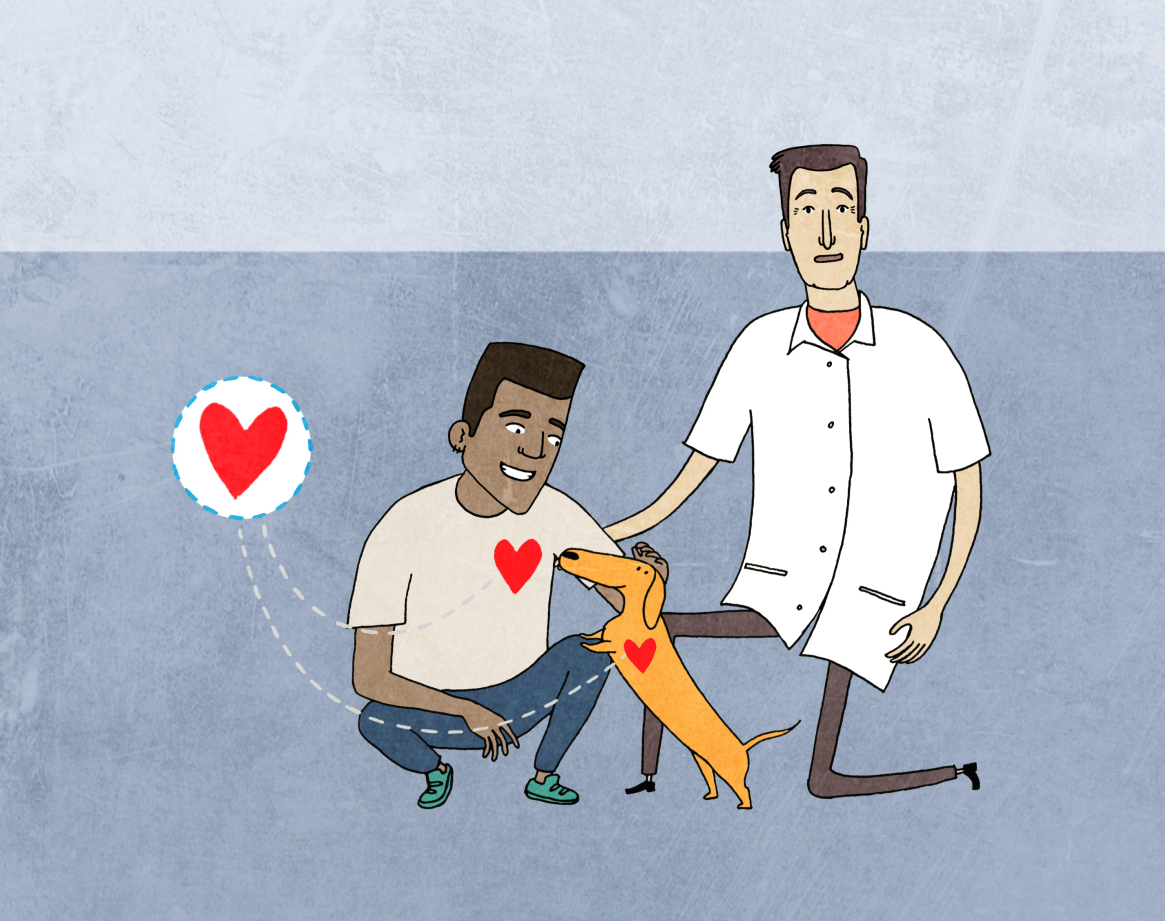 Steve wanted a 2ish minute long animation explaining The PARC’s ethos; what they believe and what they do. He wanted it to be emotional - he loved the idea of people tearing up a little, and then for them to wind up smiling because the video touched a special place in their heart. He wanted the audience to know that The PARC understood how they felt about their pets, and they were validated. He wanted the public to know that The PARC is all about helping them be the hero their pet deserves. 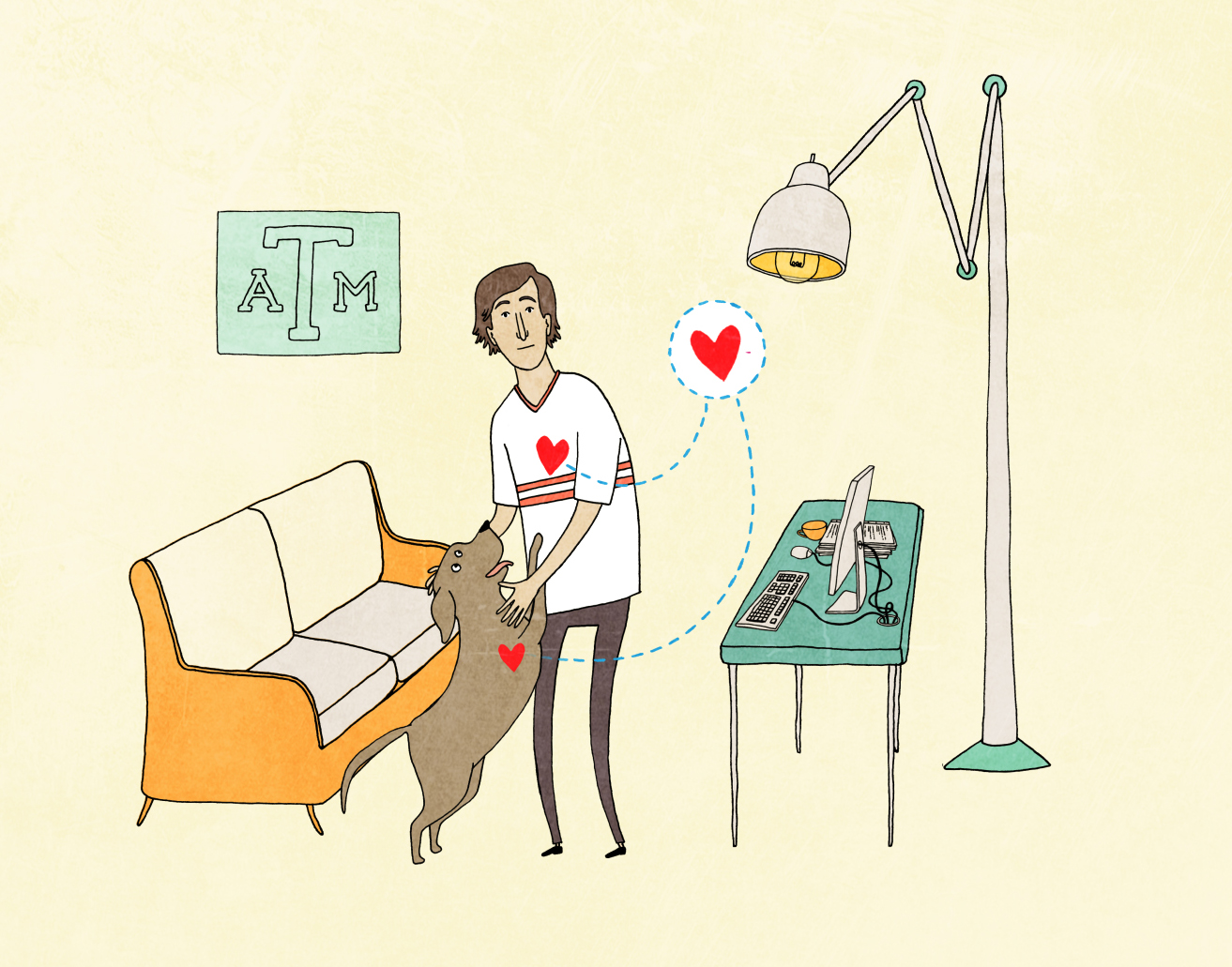 Steve had a pre-written script which we condensed slightly in-house and tightened up to ‘pop’ a little more. We then wrote out a visual script. The voice over starts off with Steve introducing Bo, one of his first dogs, and we take a look through some special moments in Steve’s life. We loved the idea of Steve staying in the same position, and the world around him morphing from one memory to another. 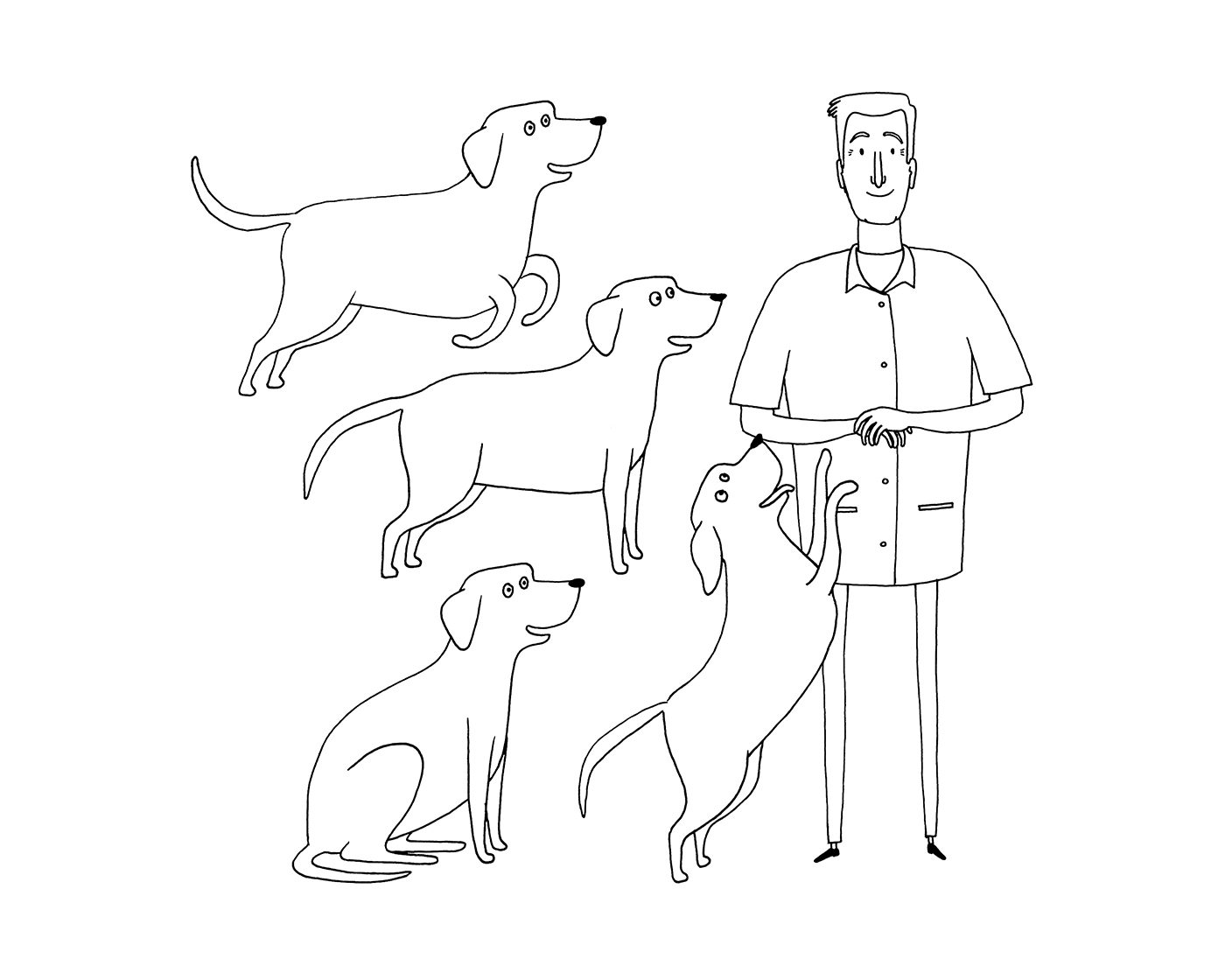 Steve provided us with photos of himself, his wife, and his beloved besties Bo (his first dog), Lucy (his loyal ranch buddy) and Milkshake (his little fluffy white dog that’s forever licking his face). We set about sketching these characters until we got their personas just right.