￩ The Psychology of Camp: Process

Here’s our latest animation for Camp IHC, a summer camp based in Pennsylvania in the US:

We thought it’d be nice to share some of the process images from the production of the film.

Once the script had been finalised, the first task was to create an animatic, which is a video of some (very) rough storyboard frames, presented alongside the audio of the animation. Its purpose is to demonstrate timing, flow and pace alongside key movements and transitions. It’s not often we share our animatics as they’re usually embarrassingly primitive – this one is no exception…

It’s really interesting looking back at this now, and acknowledging it’s development from these rudimentary squiggles (and tester voice over) to the final piece.

Our co-founder Billmund created the two intricate background illustrations for the animation – he went through lots of stages to get to the final artwork. We had to work out a composition that would work for the characters to ‘live’ in, so it all started with a rough sketch. It then went to a more developed sketch, with more detail, then to final line-work and colour. 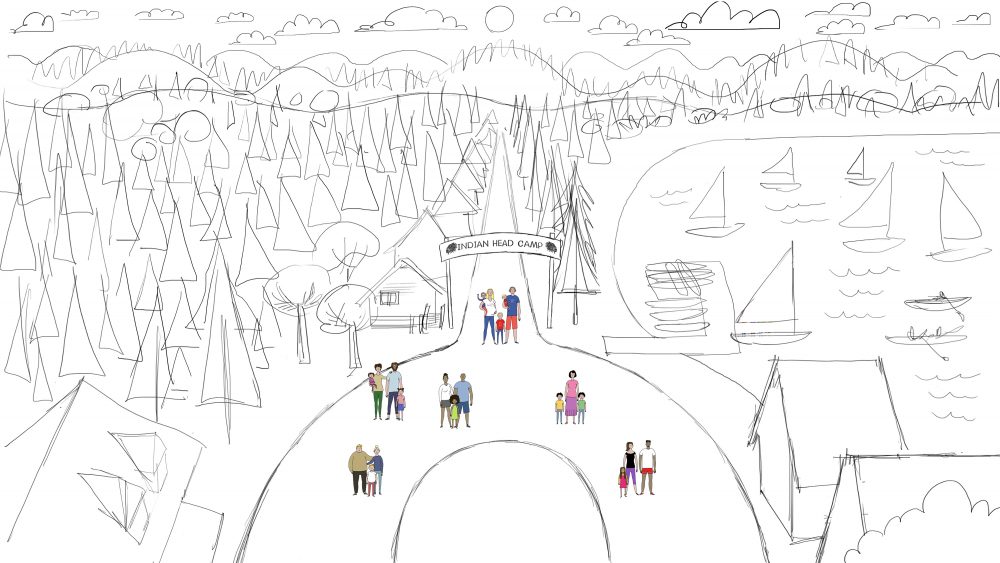 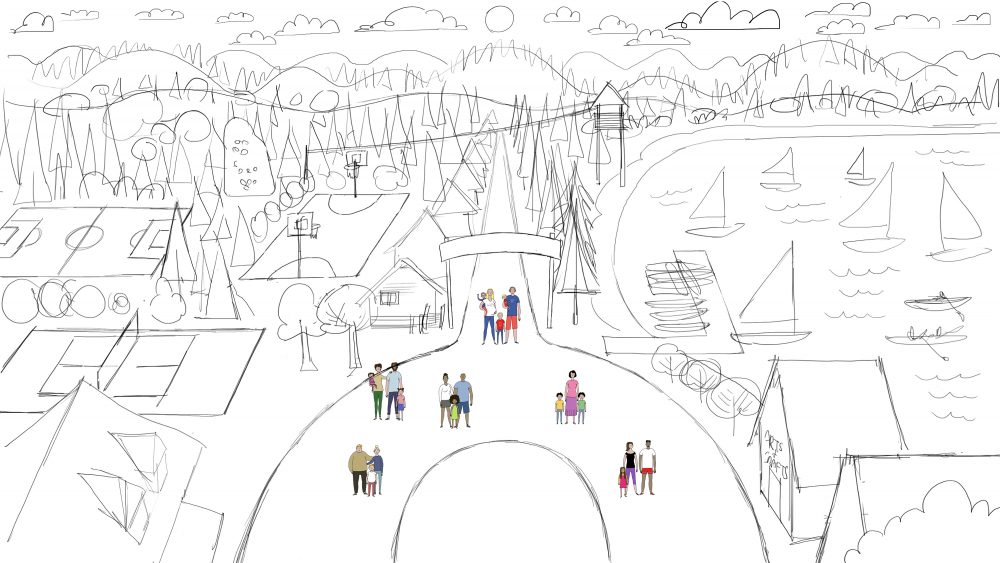 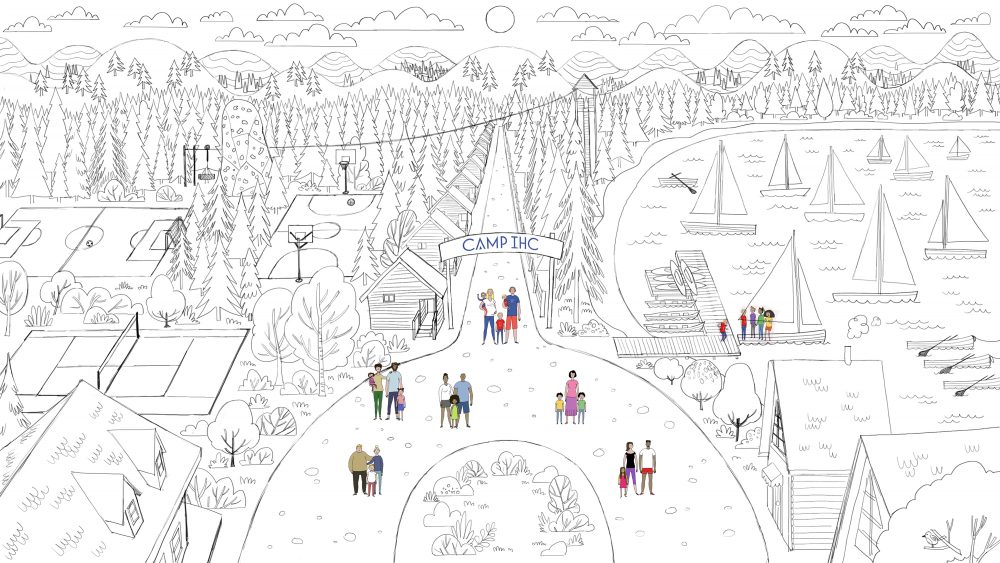 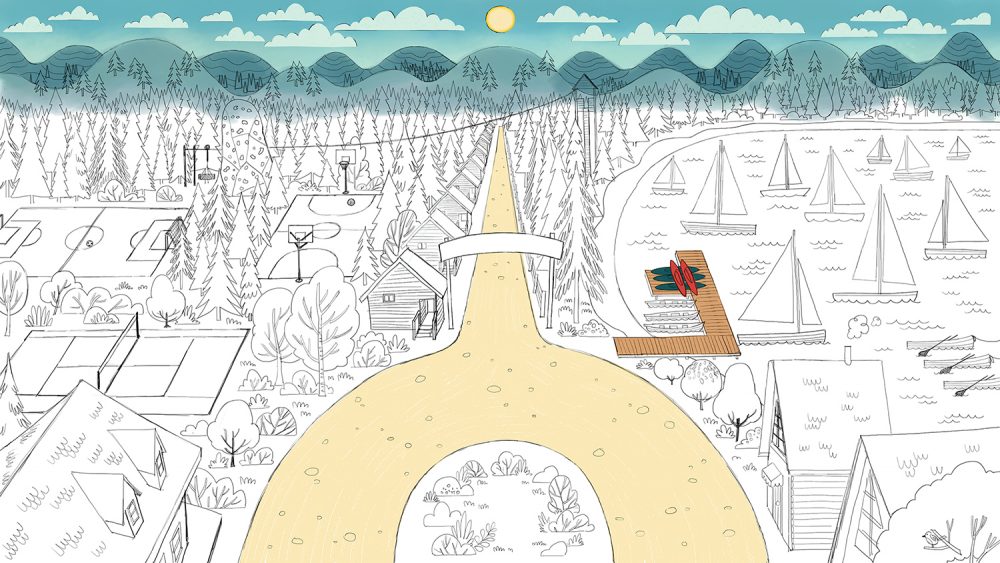 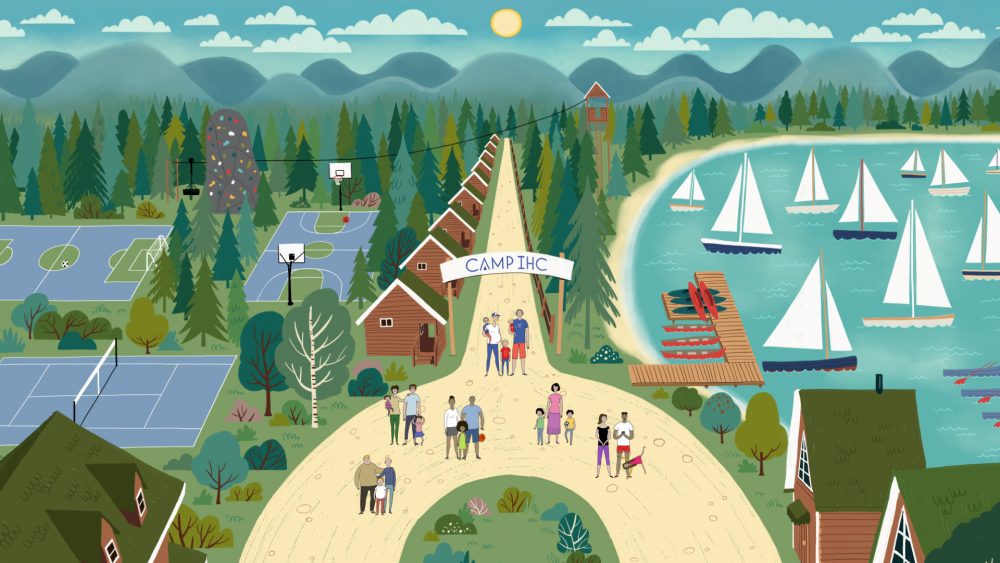 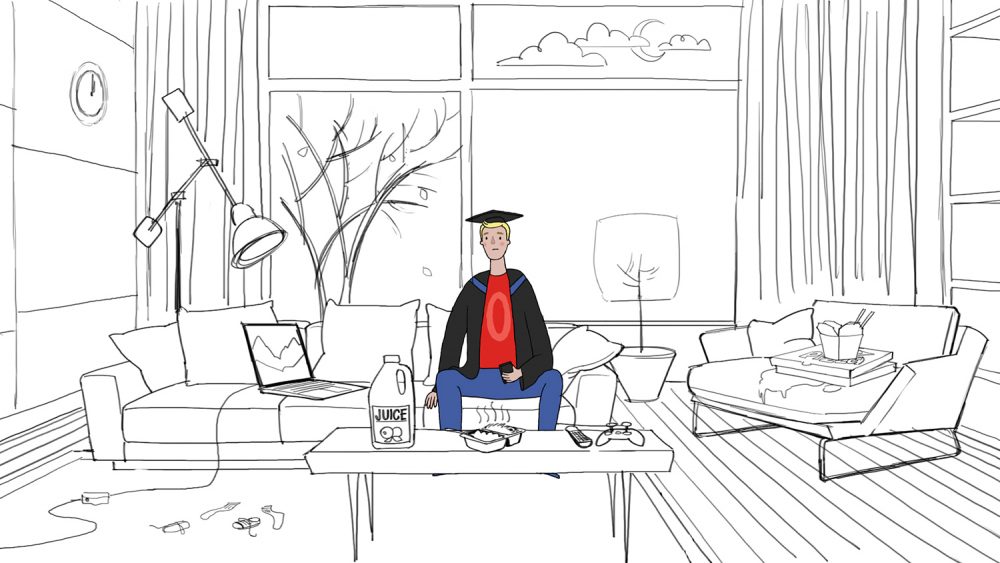 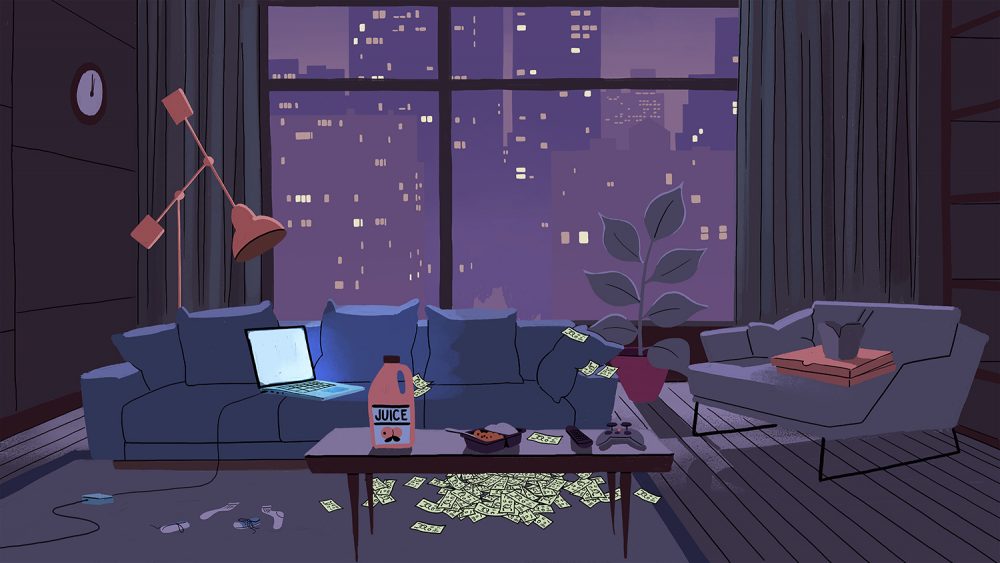 In terms of the characters, director Katy Ross filmed herself acting out each stage of the animation. She then illustrated key frames, and handed all that reference material to animator Anna Fyda, who magically brought them all to life!

There is rarely unused footage in our line of work as everything is planned out so meticulously, but here’s an example of a little test that we didn’t use in the final animation:

We had wanted the diamond to ‘burst’ through the words, and although one of our fantastic animators Jaume had done an incredible job with the animation we asked him to re-animate the burst so that it expanded outwards – more like the ripple of a puddle. We still love this first example though, and are sharing it because it deserves a round of applause before its journey to the animation graveyard.

From our first email and Skype hello with our client through to delivery, we spent under two months on this project – 28 working days of which were completing the animation. We had a great team to work with and loved working with Dan from Moostache Films as he was so happy and enthusiastic each time we spoke.

Cheers to a happy project. We wish Camp IHC all the best for a super year.