￩ RSA Shorts: “Anyone Can Change The World”

Superdoodle’s co-founder Katy Davis was asked to create another animation for the RSA after the success of her first project with them, “The Power of Empathy”.

The audio of this RSA short is of Jody Williams. Jody Williams, Nobel Peace Prize winner, firmly believes that each and every one of us can and should contribute to creating a better world. In this short Jody explains why it is so important that strive to make a difference.

And here it is! RSA Shorts: Jody Williams, “Anyone Can Change The World”:

Katy had done a bit of research on Jody Williams and found out that a lot of her work focused on banning land mines. Katy discussed with the RSA whether to base the animation around this subject matter, in order to be relevant to Jody, or whether to be more liberal with the ideas so as to encourage people to think about what they can do to better the World.

As well as thinking about the script for the animations, Katy wanted to do something different visually. This time, she decided to make a miniature set for her characters to ‘live’ in. 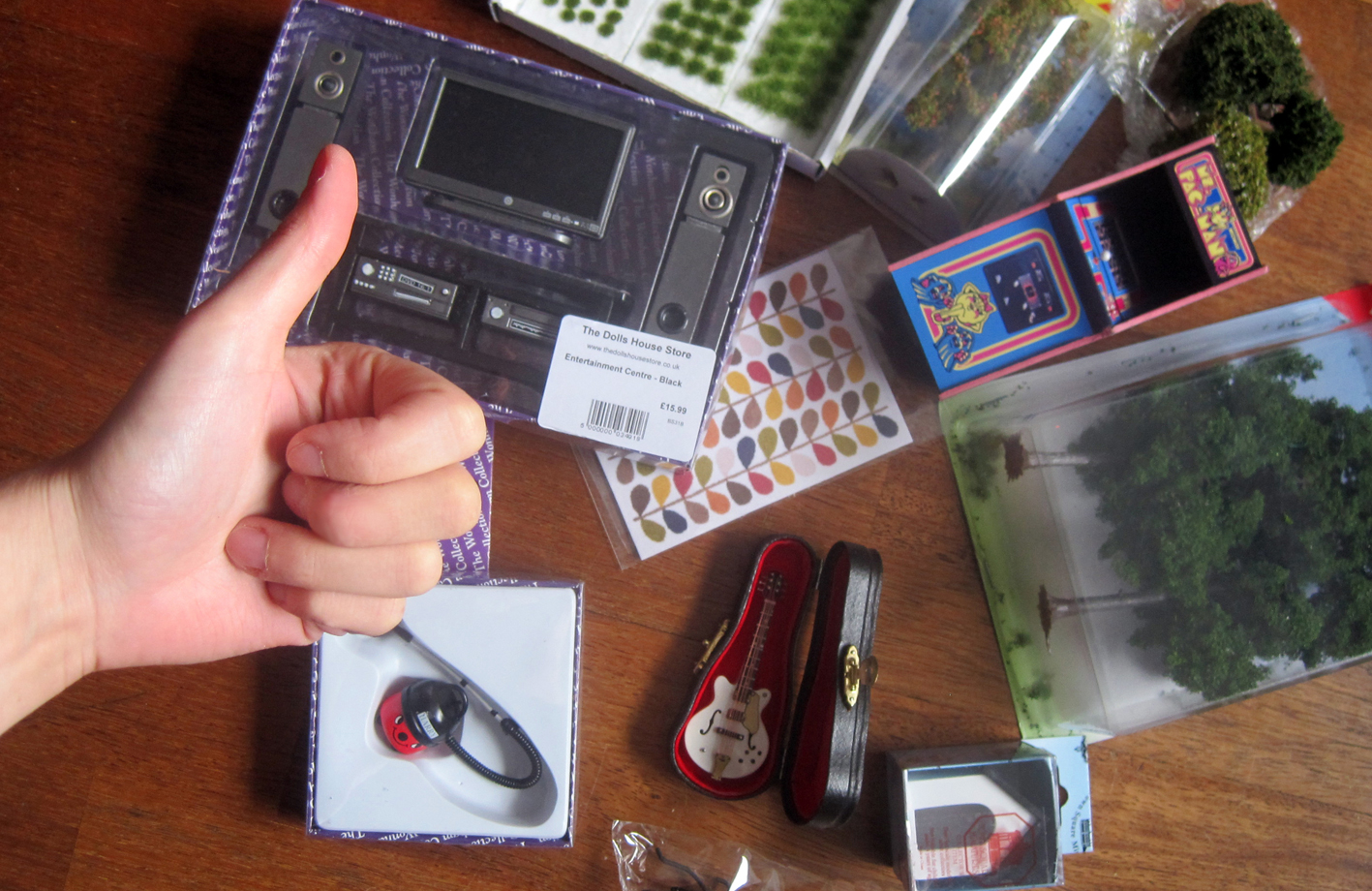 Katy bought lots of little bits of furniture from doll’s house shops and then created backdrops in Photoshop, which were printed out. She shot the scenes, and did some stop motion photography of the mud for when the little dogs started digging. 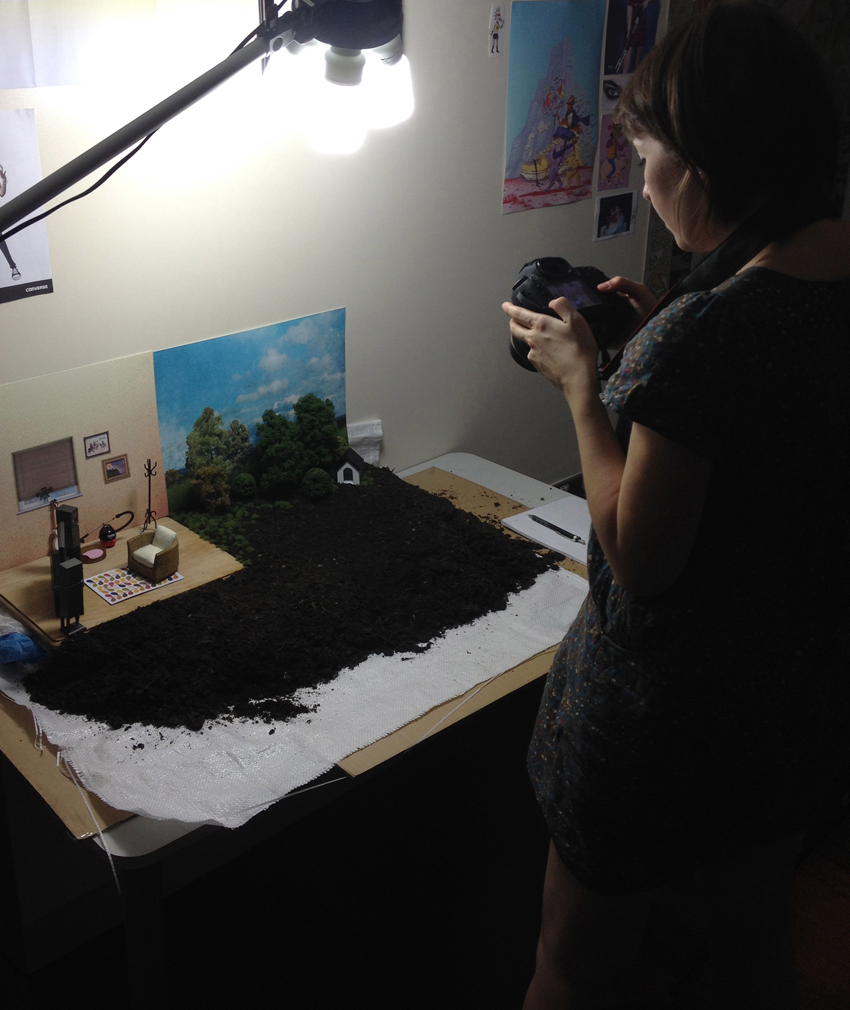 The next task was to create the 2D animated characters, which she did by illustrating pen on paper, then scanning, cleaning and colouring them in Photoshop. She composited the whole piece together in After Effects. 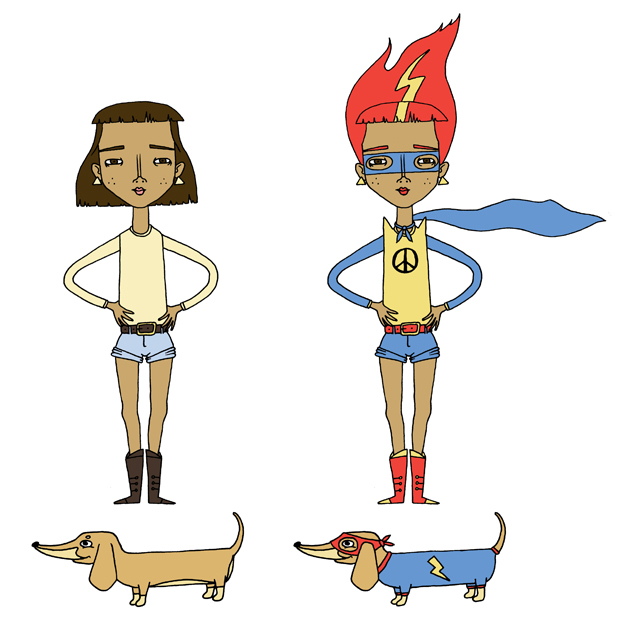 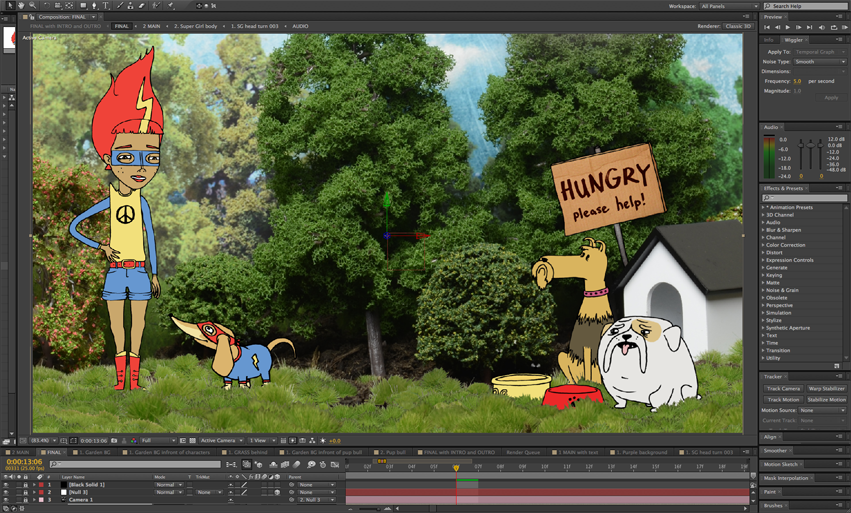 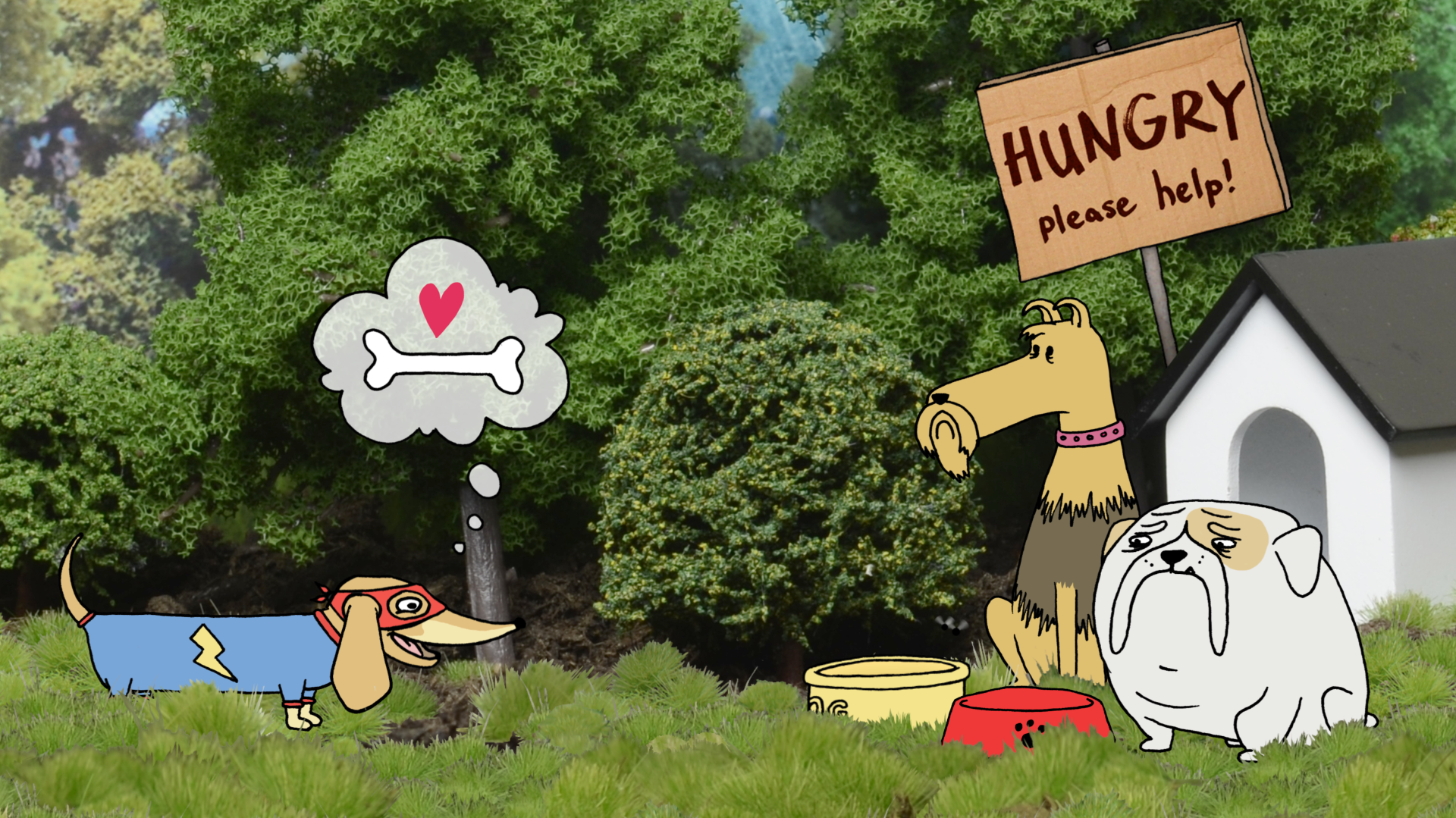