Did you know it was Gas Safe Week this week? For Gas Safety Week 2014, Gas Safe Register ran a competition called ‘My Gas Safe Hero’ and called upon registered engineers to get their family involved.

They received over 40 fantastic and adorable entries. You can see them all HERE!

Claremont, the marketing team behind this project, got in touch with us to add an extra layer to this competition. The idea was to shortlist four of the children’s pictures/short stories, and transform them into comic strips re-drawn by a professional. That’s where we came in! Who would be better for this job than our very own superhero illustrator, Billmund. 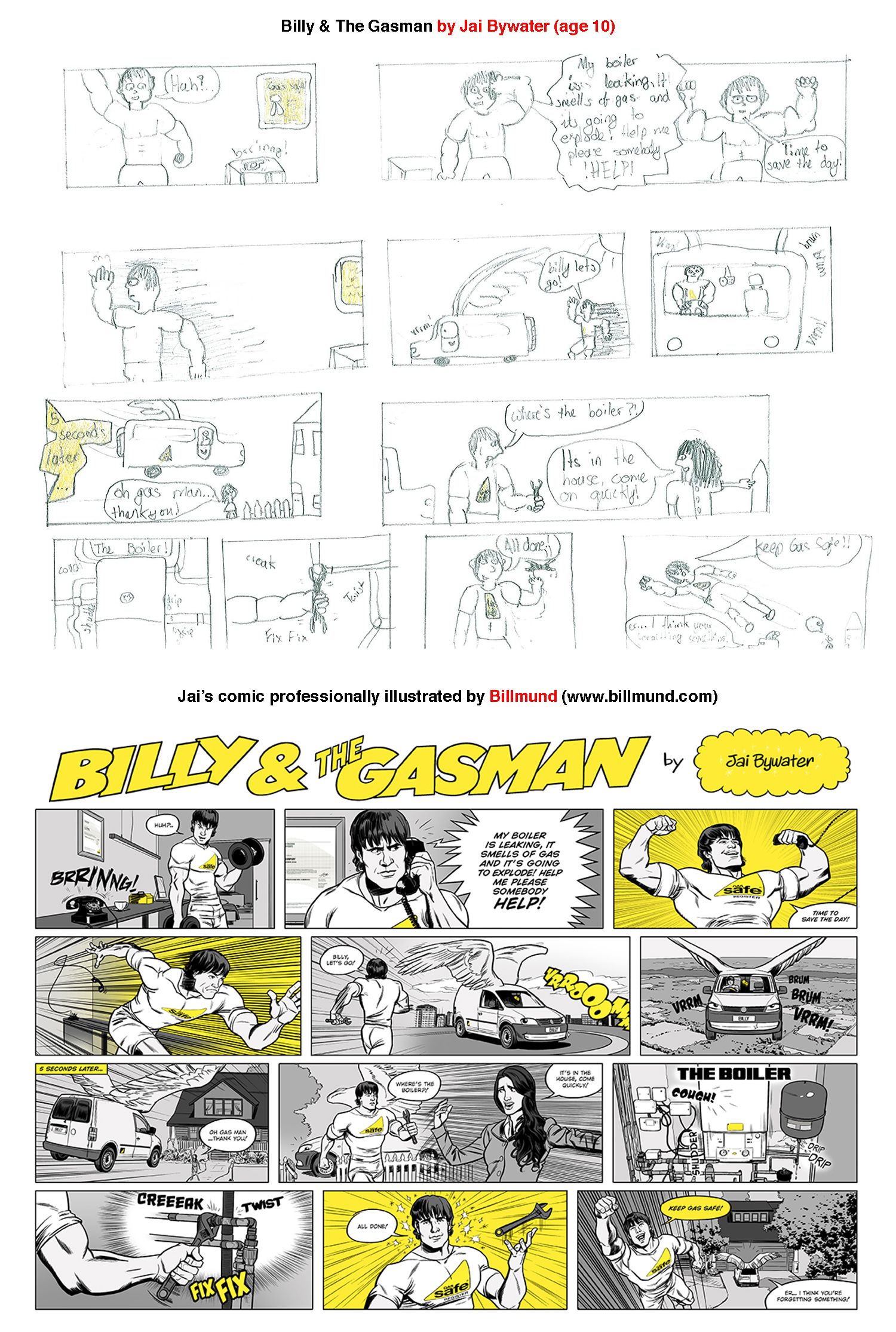 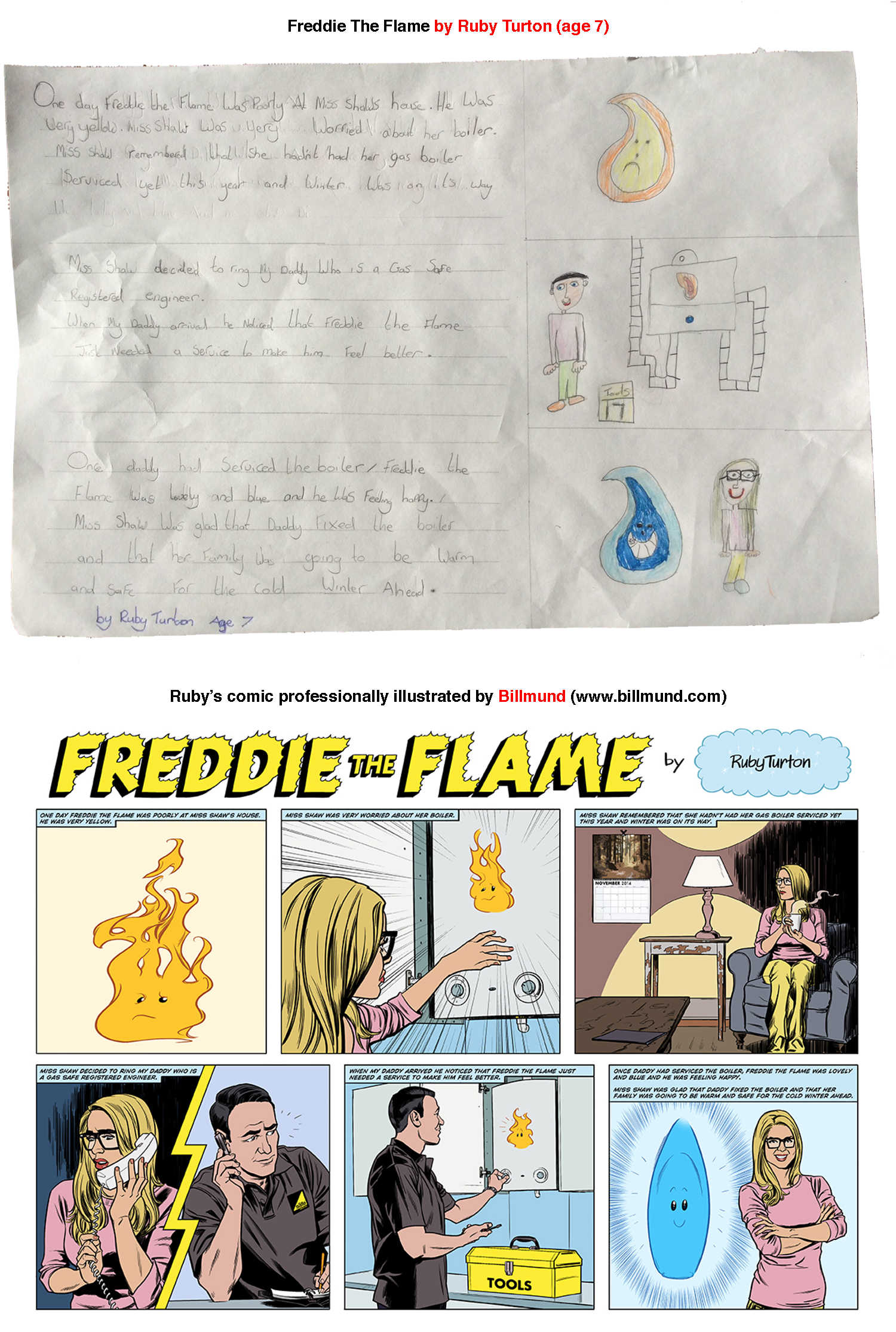 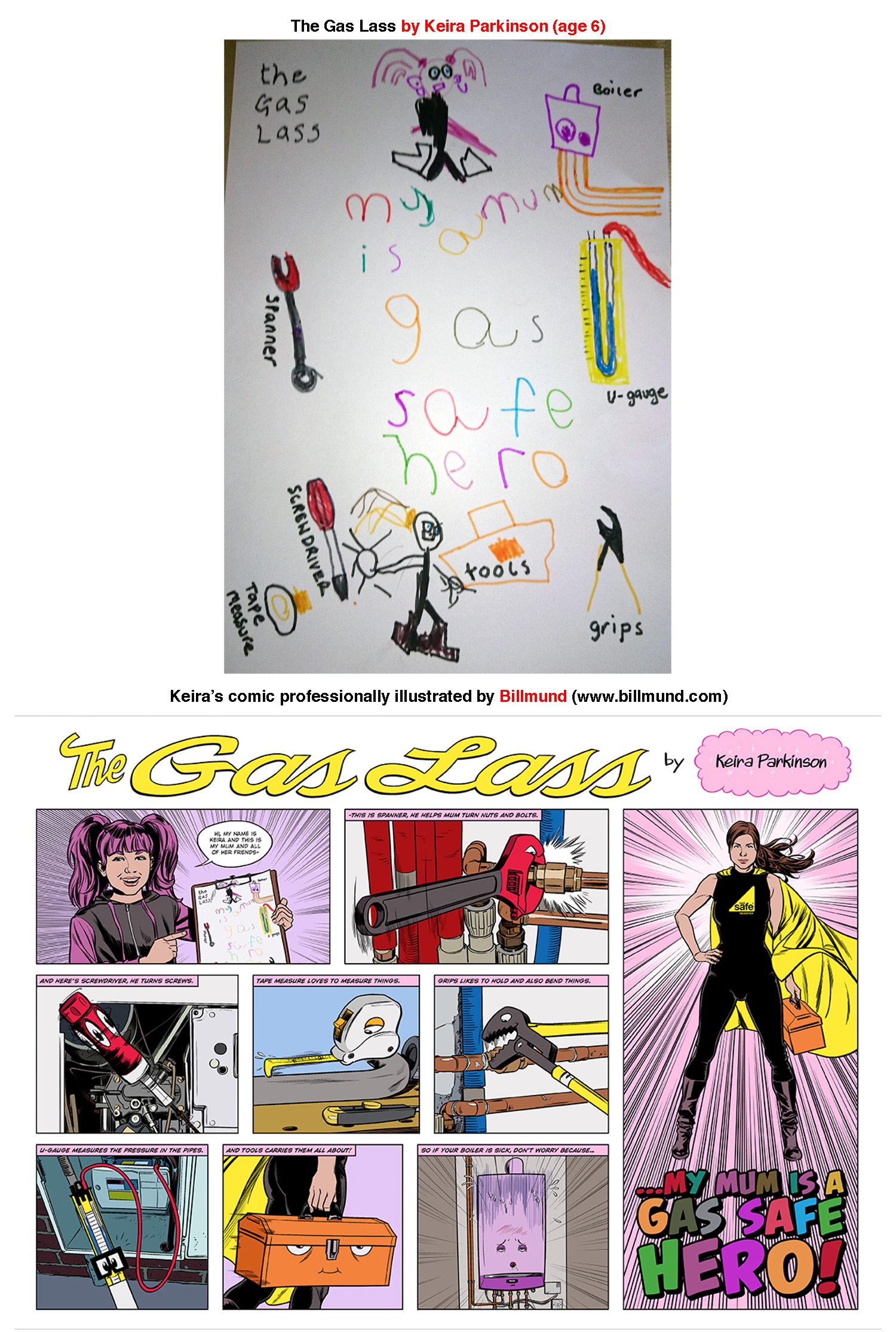 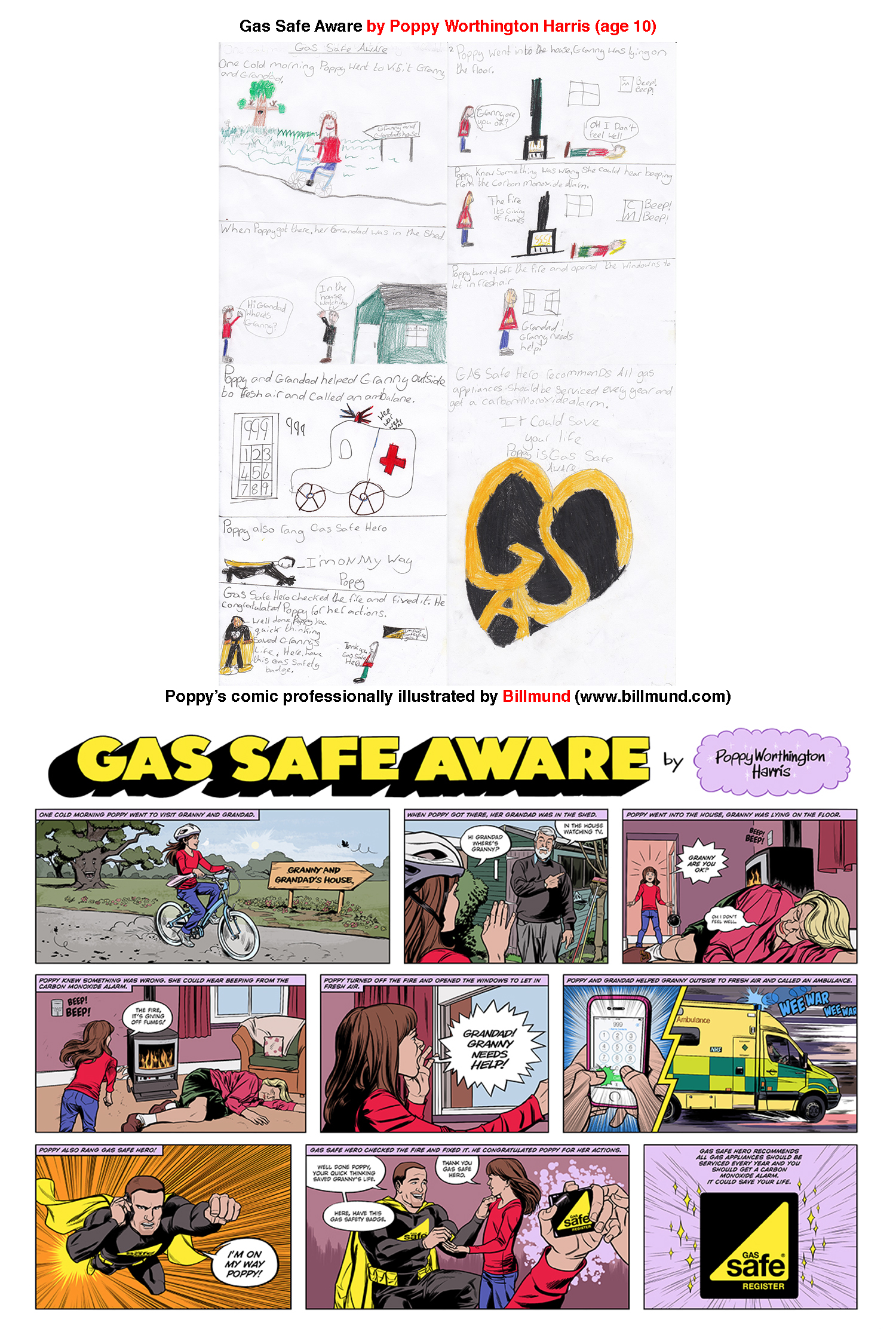 The overall winner, Poppy, also had her entry made into a short animation by our animation director Katy Davis.

The children were thrilled seeing their ideas transformed into professional illustrations/comics. The short film was screened, and the illustrations exhibited, at the Gas Safety Week launch event at the House of Commons, and we were informed that it “went down a storm”. So much so that other stakeholders of Gas Safe Register wanted to use them in their comms for Gas Safety Week the following week which was great, and a real first for them.