The team at Superdoodle have been very busy for the last month on a super secret project, and we’re excited to say that we can share it with you this week. 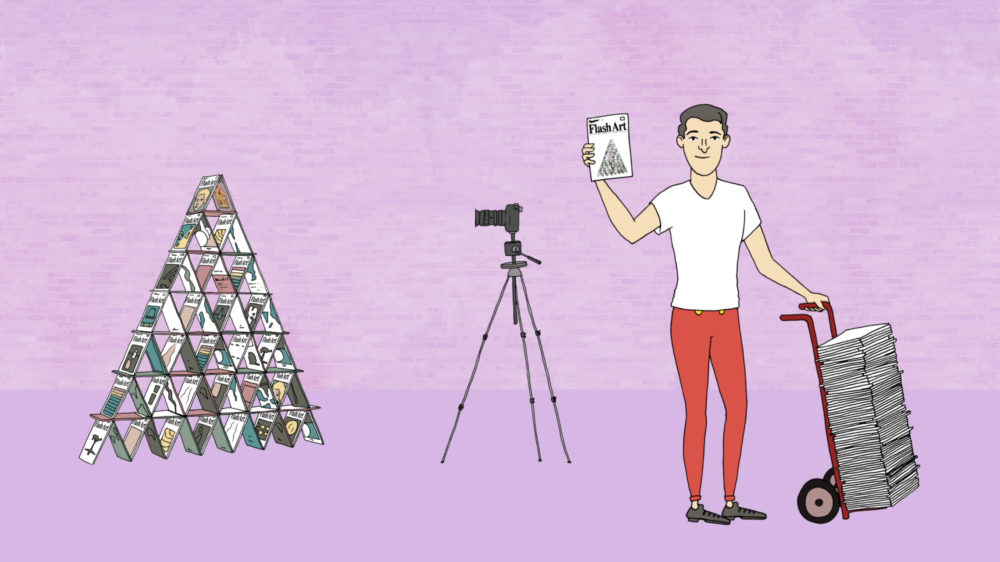 We were contacted by director Maura Axelrod, who has made a documentary about the artist Maurizio Cattelan. Maura needed a few snippets of animation for the documentary, to bring to life some of the stories that were never documented/filmed. 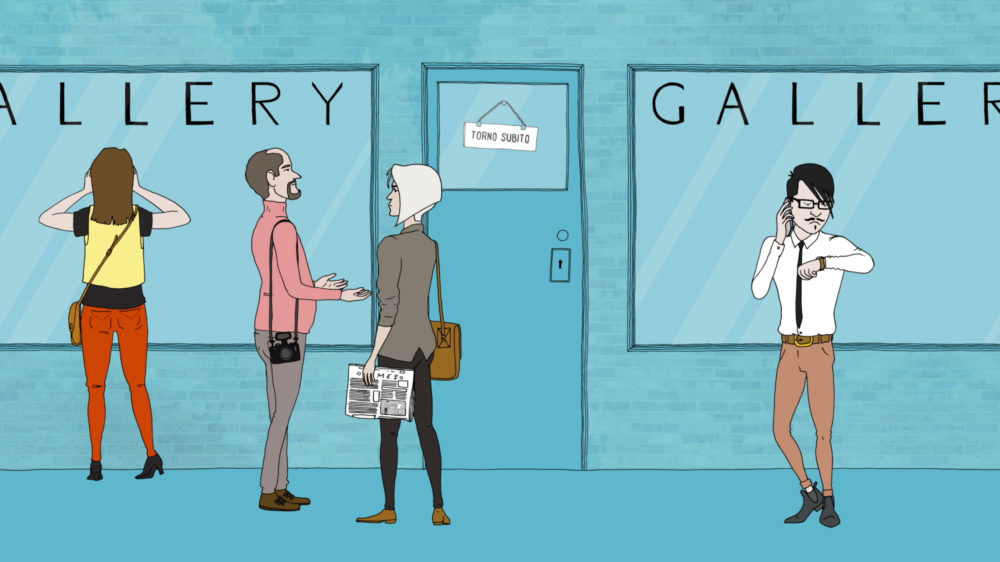 We had three members of the Superdoodle team on board for this project;
Initial illustrations/designs/ideas: Katy Davis
Character design: Billmund and Katy Davis
About 5 minutes of animation: Kim Alexander and Katy Davis 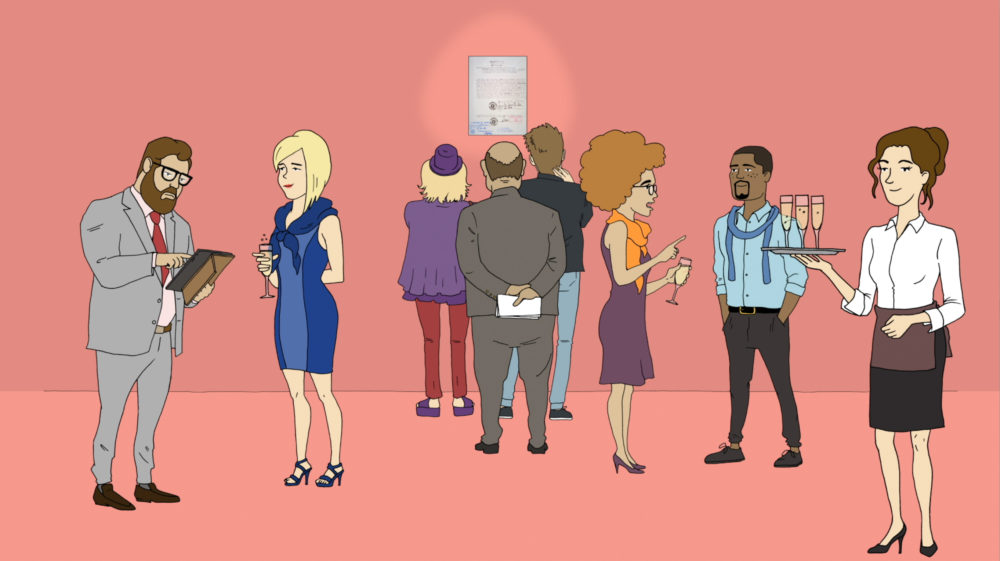 This week has been especially exciting as we’ve had the great news that the documentary will be premiered at Tribeca Film Festival, screening at the Guggenheim Museum in New York on the 24th April at 6.30pm.

Regarding the documentary, it quotes,
“Maurizio Cattelan: Be Right Back, directed and written by Maura Axelrod (USA) – World Premiere, Documentary. An art world upstart, provocative and elusive artist Maurizio Cattelan made his career on playful and subversive works that send up the artistic establishment, until a retrospective at the Guggenheim in 2011 finally solidified his place in the contemporary art canon. Axelrod’s equally playful profile leaves no stone unturned in trying tofigure out: who is Maurizio Cattelan?” 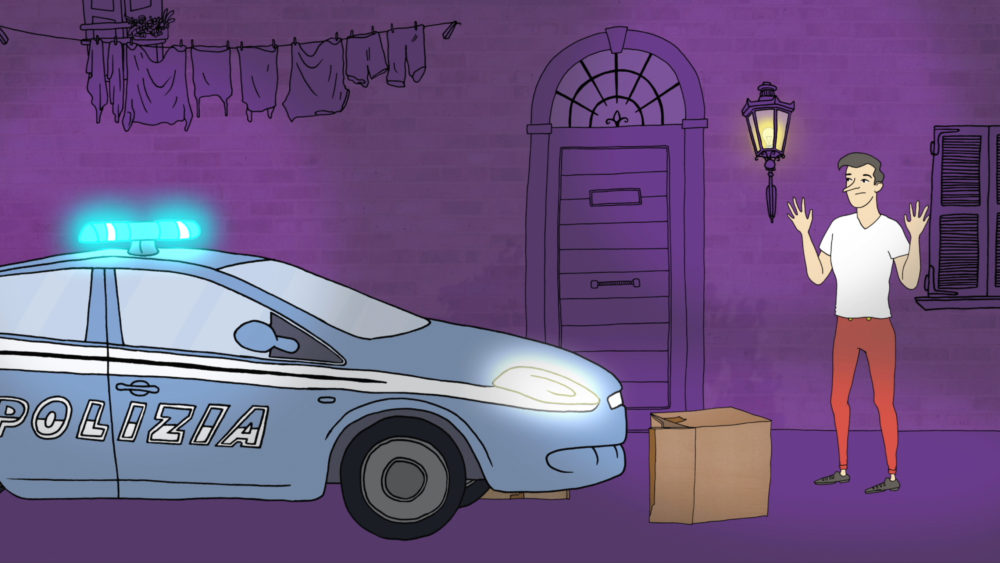 You can see a trailer for the film here: