Client: Sweat It Out

DJ Ajax was an Australian Electronic Dance Music DJ who was voted one of Australia's top 5 DJs in the inthemix 50 poll, taking out the number one spot in both 2006 and 2007. In 2008 he launched his own record label, Sweat It Out, and regularly played the main stage at many of Australia's biggest music festivals, including Big Day Out and Parklife. Sadly Ajax was involved in an accident where he lost his life in 2013. He is still considered instrumental in shaping the landscape of Australian dance music today.

Our super co-founder and illustrator Billmund, has created numerous artworks for Sweat It Out’s records and branding over the years, and they came back to us this year to help bring a rather special music video to life. 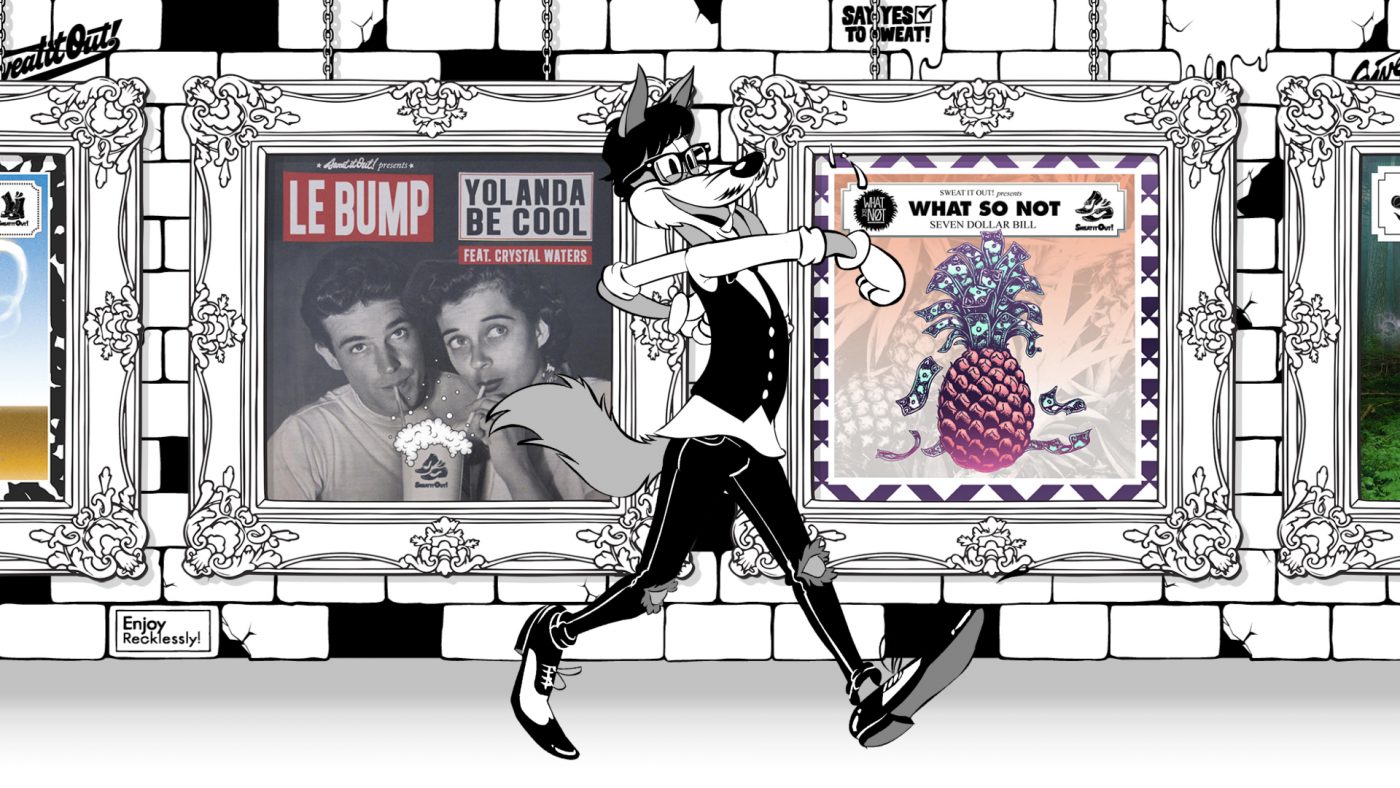 The guys at Sweat It Out let us know that they wanted to celebrate their 10 year anniversary in a rather special way, by sharing one of Ajax’s unreleased singles with the world.

They wanted to create a music video for Ajax's song “I’m Hot” that showed the back catalog of Sweat It Out’s work, ending with the Sweat It Out 10 Year Anniversary vinyl cover. 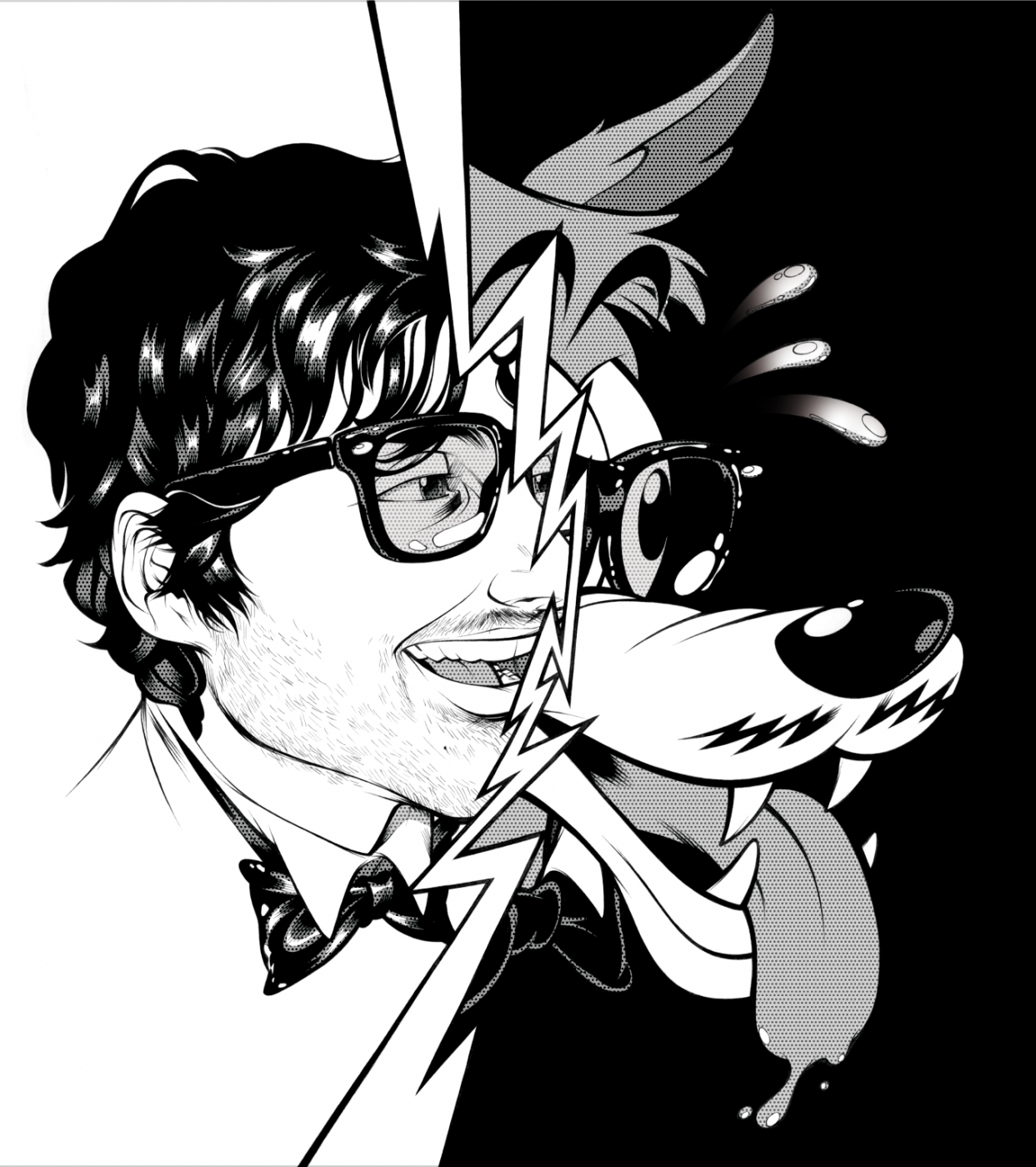 10 years ago Billmund had illustrated a portrait of Ajax, depicted as half-wolf, half-man and Ajax had loved it. He used the image for self promotion and it kind of got stuck as his image - his attitude, energy, and sense of humour were all personified in this wolf. Naturally, Sweat It Out wanted us to breath life into the Ajax wolf. 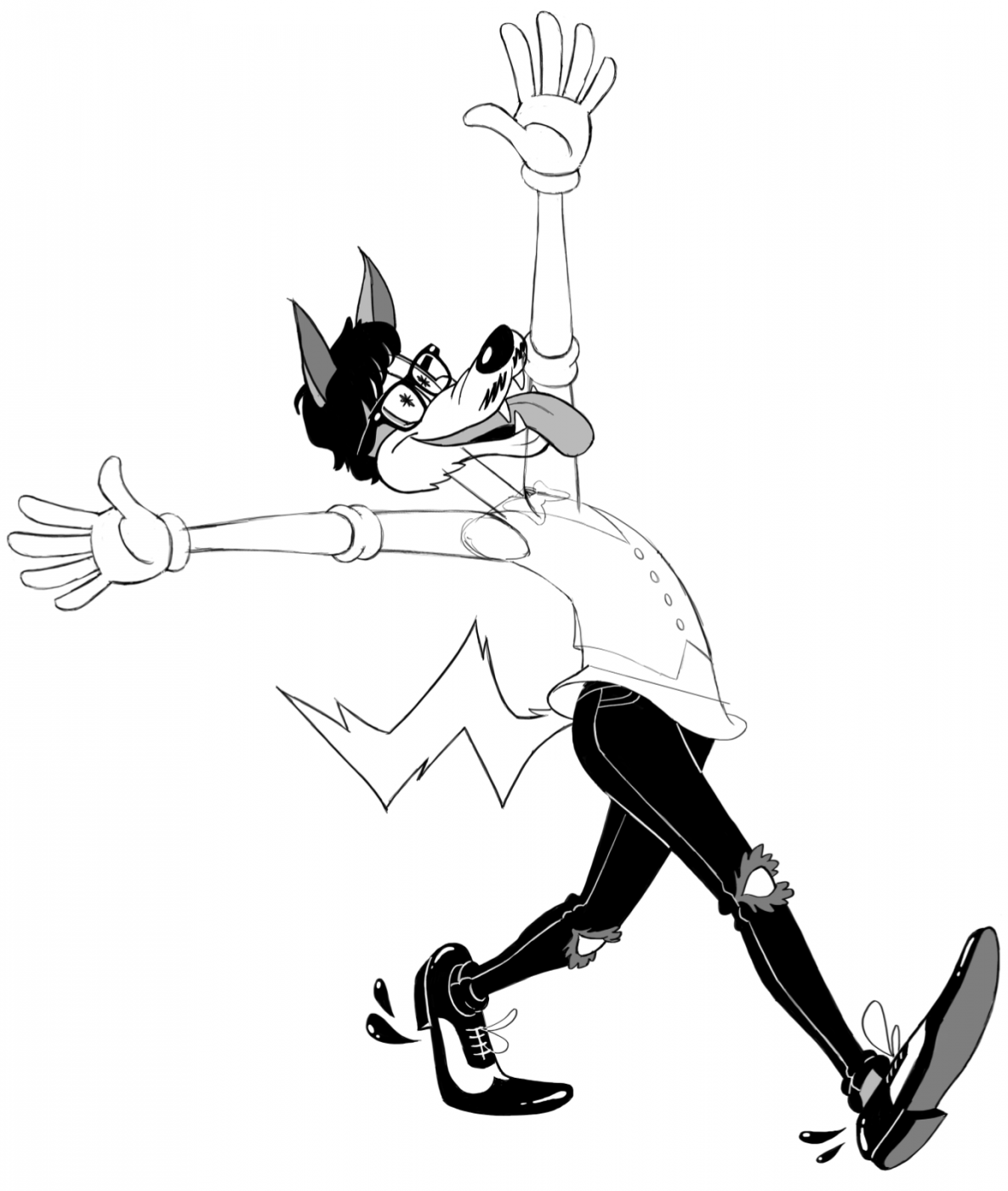 To begin with, we just had the illustration of the Ajax wolf head, so our first task was to create a fully fleshed out drawing of the whole character. We then needed to animate a loop of the wolf walking, and create a background of the Sweat It Out artworks scrolling across like a big zoetrope. 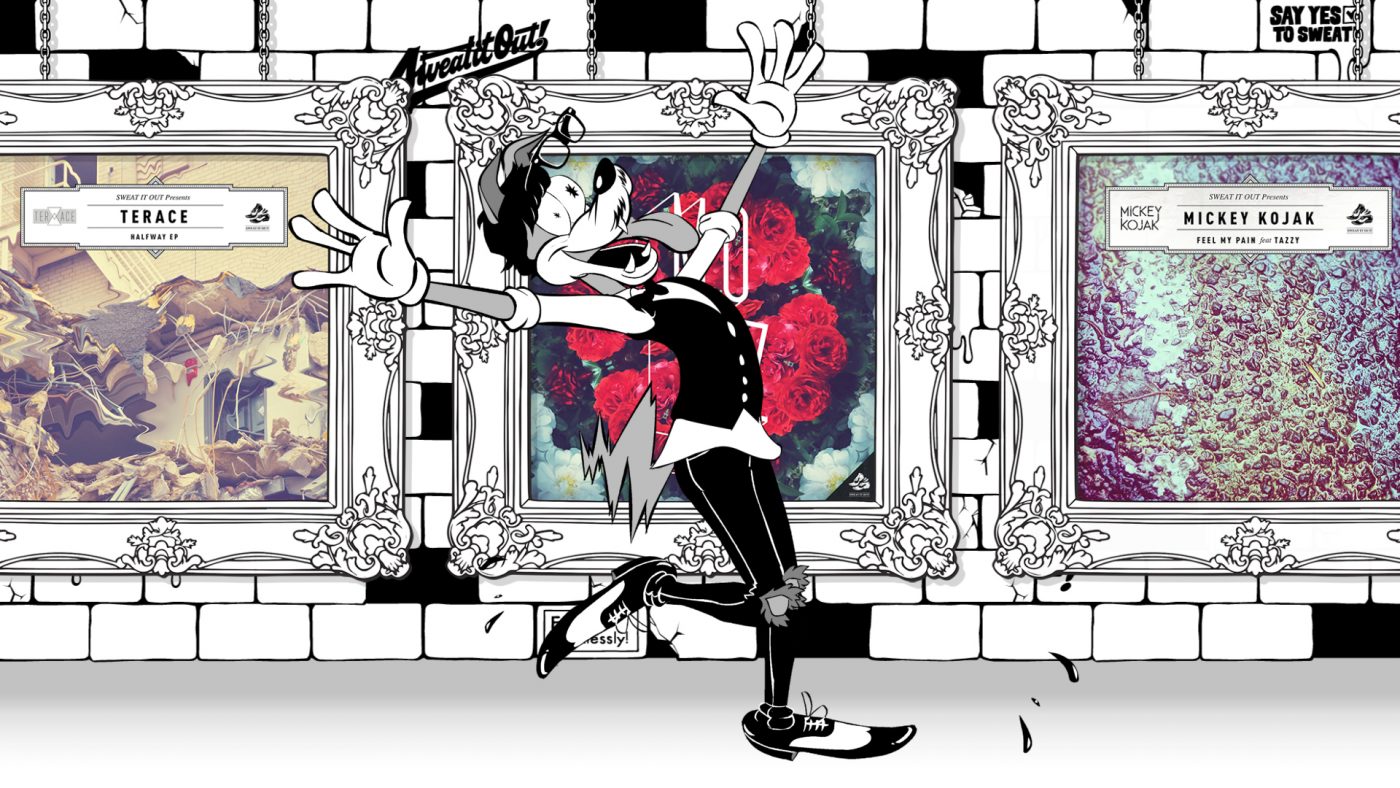 We looked at lots of different types of reference for the walk, and were heavily influenced by all of the old Disney ‘struts’ like Mickey Mouse. Although Sweat It Out had asked for a simple looped walk cycle, we wanted to keep the video as interesting and as fun as possible - the song is 04:22 minutes long don’t forget! So our fabulous animator Nick not only animated a simple walk cycle, he also animated a jump, a laugh, a look to the camera, a skip, a sweaty brow wipe and of course a crazy ‘shock’ pose for when the beat drops. Director Katy took all of these sequences and comped them together to pop at the right times of the music, and added bold lightning strikes to boot. 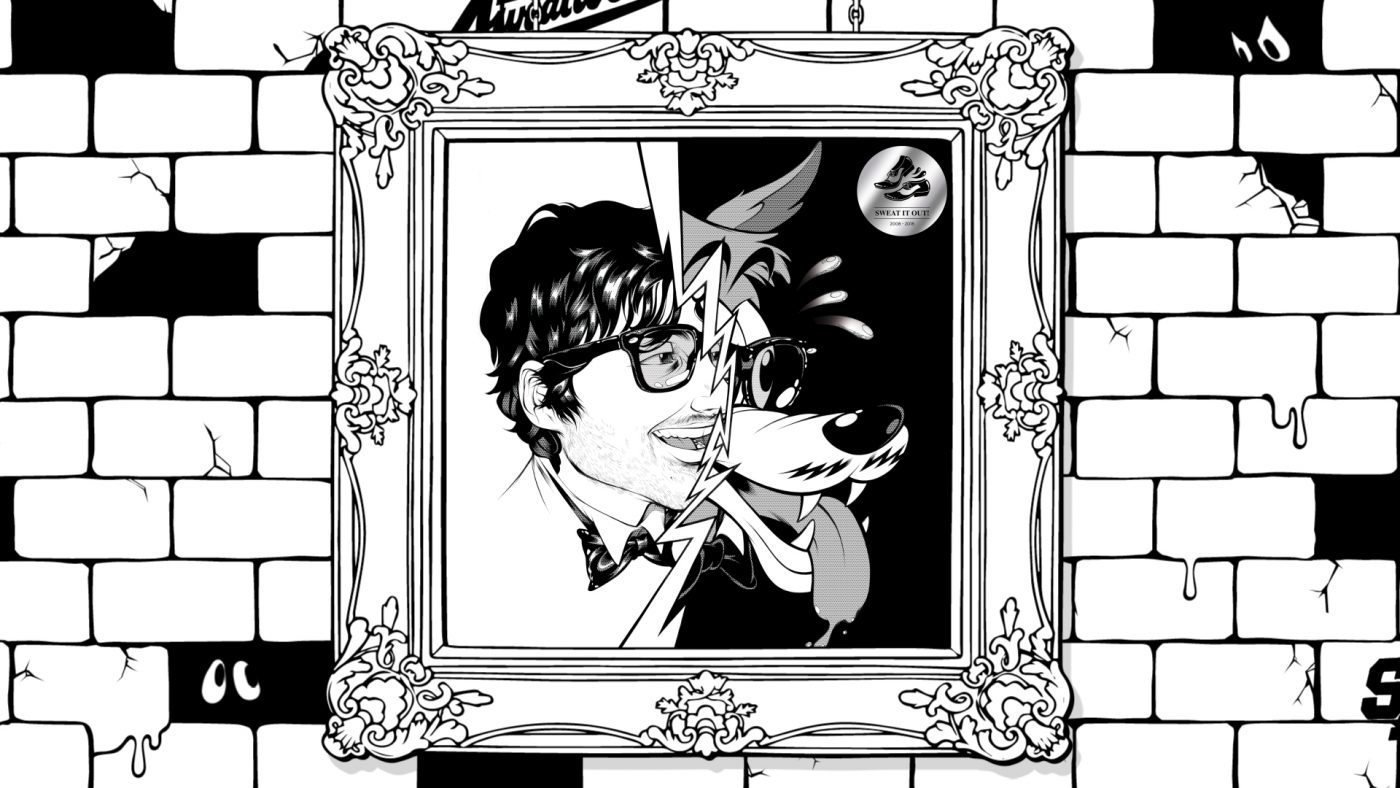 The ending concludes with the Ajax wolf walking in front of the final picture frame where his face abruptly morphs into the fusion of the half wolf/half man Sweat It Out 10 Year Anniversary vinyl cover.

The guys at Sweat It Out were rather excited when we presented them with the final video.

Josh, the General Manager, said “I had a lot of trouble picking my jaw up off the floor. This clip is absolutely fucking BIBLICAL! WE ARE SO SO SO SO SO SO SO SO HAPPY with this!!! This is nothing but world class!!! Thank you guys so so much – we are beyond stoked with this.” And Peter, their designer said “This is SOOOOOO sick!!! You’ve nailed it. Its got SIO/AJAX written all over it.”

Happy clients make us happy, so we’re thrilled. The public release has also been very exciting, with some lovely press releases:

“With the initial wolf sketch created by OG Sweat designer Billmund, responsible for the creation of the iconic Sweat shoes, we were delighted to have his team on board to create this piece with us. They have given the wolf the style and swagger reminiscent of our main man Ajax.” Amnplify

“…The accompanying video is a fitting nostalgia trip. It highlights the label’s continuing stranglehold on the dance music community.” AAA Backstage