Thanks to his epic Creatures of the Night work for Jägermeister, illustrating a group of anthropomorphic characters, our main man Billmund is a Guest of Honour at this year’s Harbour City Fur Con! He’ll be in upside-down-land Australia for the event over 27-29th of July at Vibe Hotel in Sydney.

Unfortunately the event tickets are already sold out, but for those of you who missed out – stay tuned! We’ll be posting about Billmund’s furry adventures, starting with this fantastic promotional piece for the ‘NEO-TOKYO’ theme. 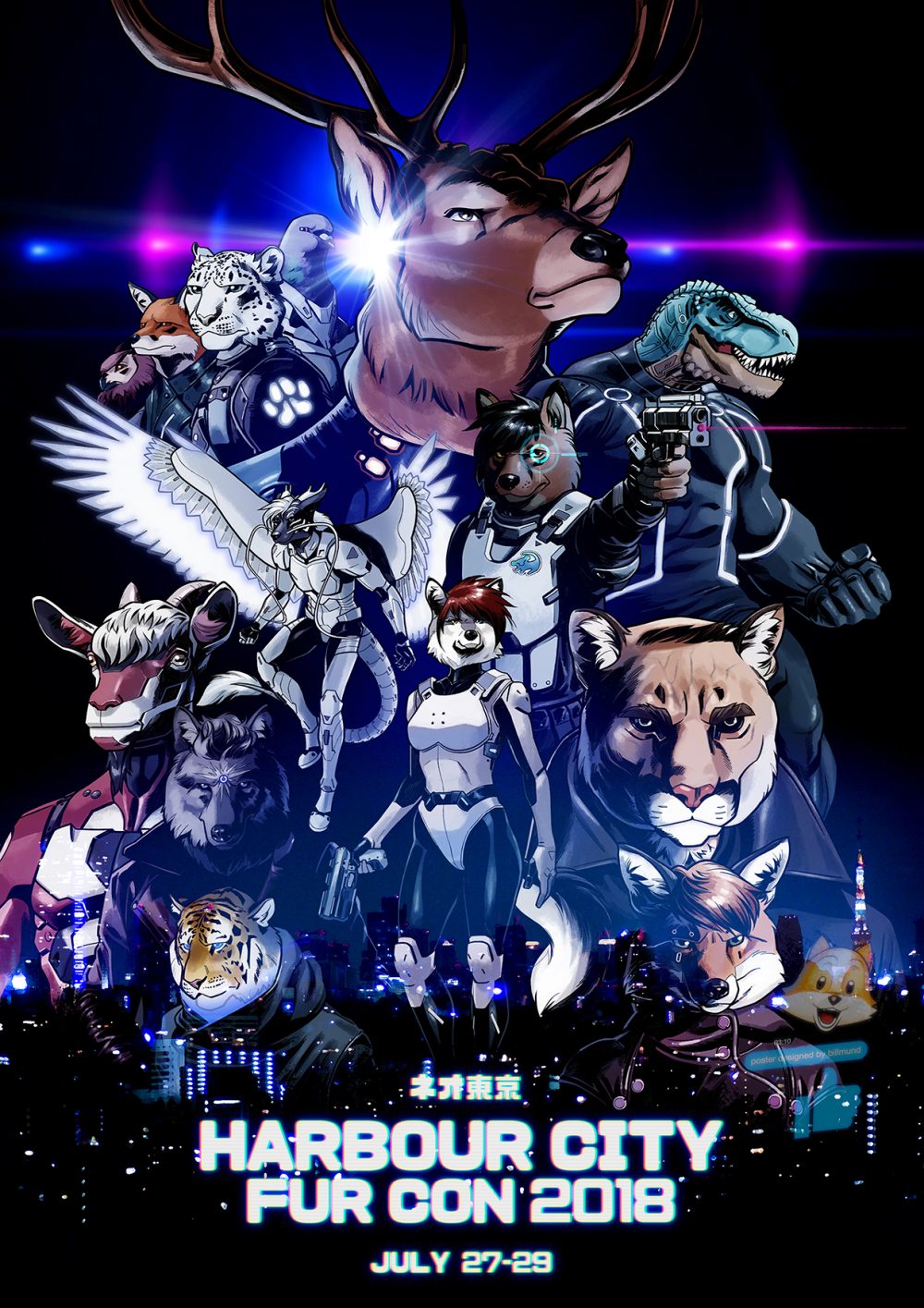 David Cao (founder of HCFC), had asked Bill to create a poster for the event that worked both as a promotional piece and as a page in the con-book. The brief was to illustrate a group of anthropomorphic characters, including a specific list of OCs [Original Characters], re-drawn in his style.

David said, “Do try to include each character if you can (and reduce their level of detail since there’s nine of them), but if for whatever reason some characters don’t fit your style or vision for the poster, that’s alright too. In terms of what info I’d like on the poster, just the convention name and year will do. Otherwise, feel free to exercise complete creative control.”

And so, from line work to shading to full colour, this is what Bill came up with:

Bill also designed a t-shirt for the attendees: 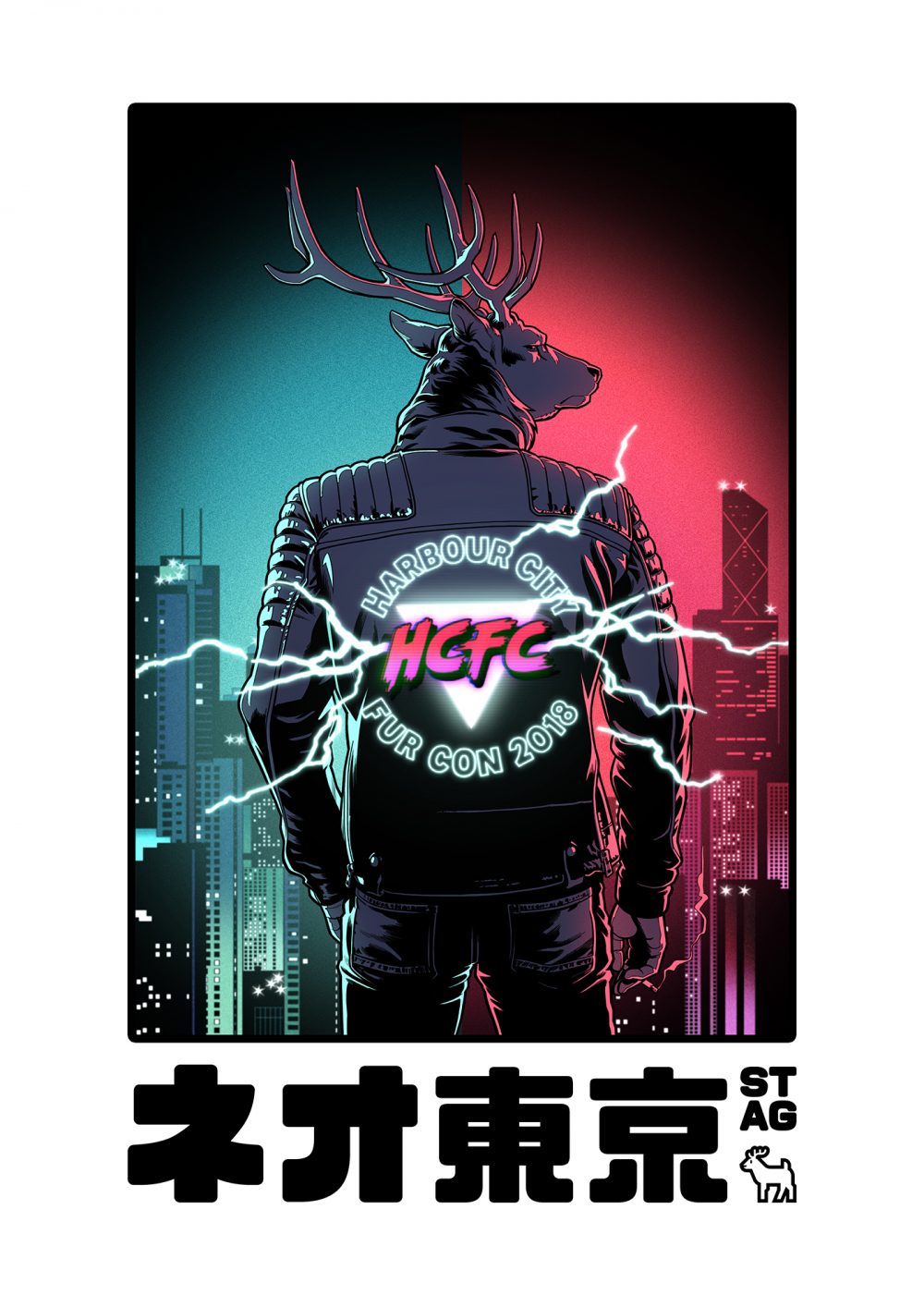 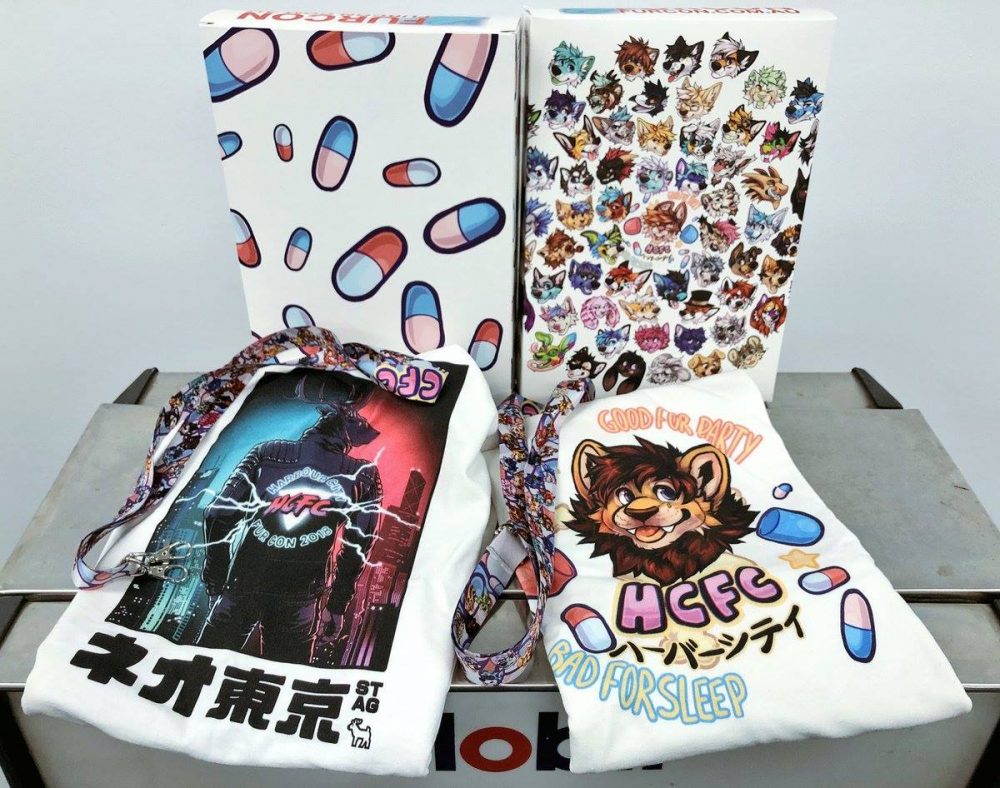 The theme for this year’s con is Neo-Tokyo so Bill incorporated references to ‘Ghost in the Shell’ in the character designs for the poster, and references to ‘Akira’ in the T-shirt design.

There’s just one day to go to Harbour City Fur Con now, and Bill’s been working hard getting some original artwork prepared for the event. He’s also designed and created a one-off special “Creatures Of The Night” book – a collection of some of the illustration work he completed for Jägermeister over the past three years. If you’re attending HCFC, make sure to find out where Billmund is, and how to get your hands on a copy of this epic limited edition book! 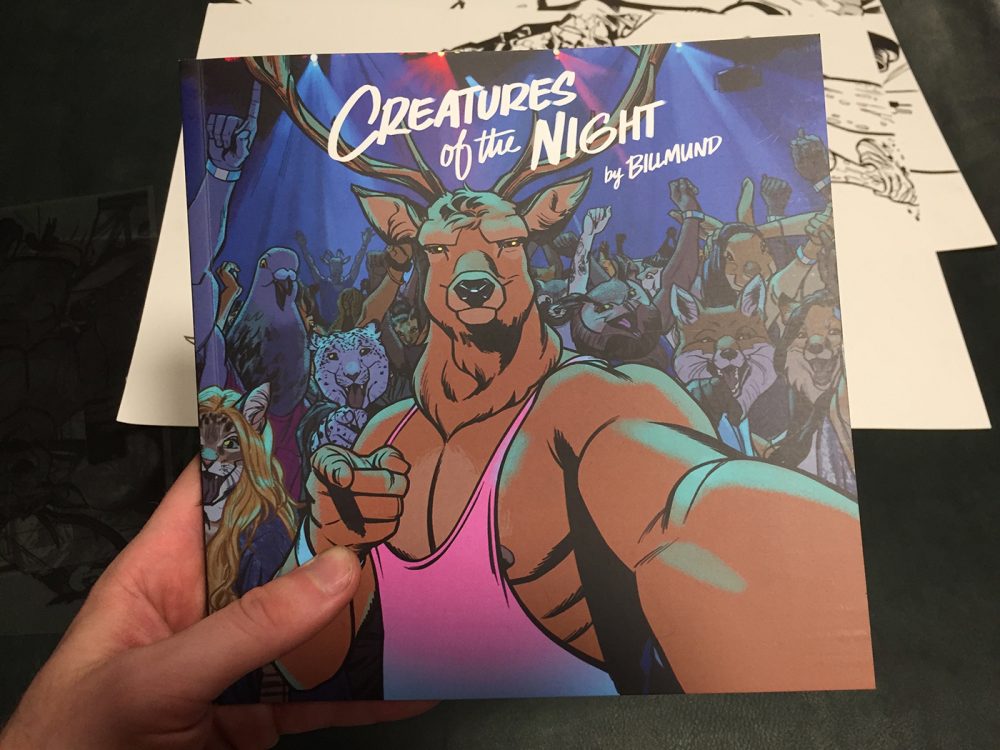 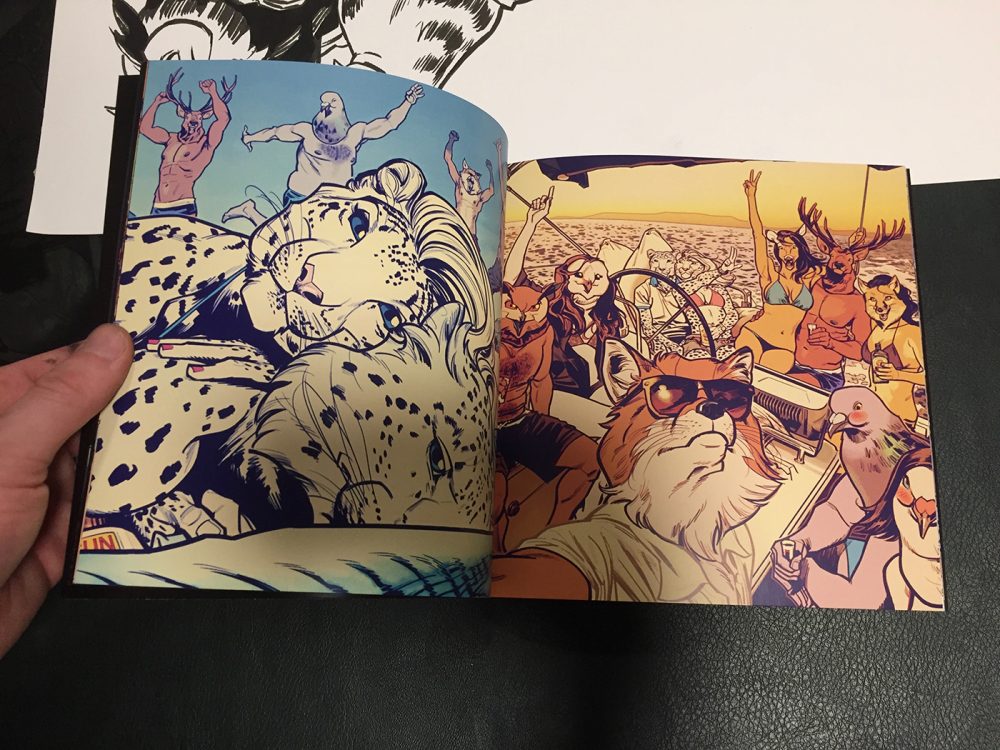